The need to prevent a storm

I read these postings by two senior Umno bloggers and wonder whether PM DS Najib Razak will have serious problems during the party elections later this year.

Credit where it is due

Thinning of the wedge

It should be noted that they were posted within hours of each other. 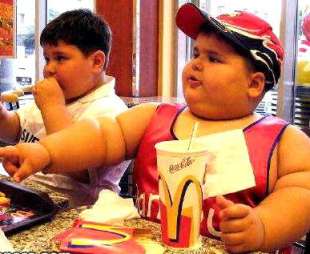 I know that these bloggers are hardcore Umno people and only have the best interest of the party in their heart.

So, when I read these postings by them, it made me wonder if they were signals of a storm heading Datuk Najib's way.

Personally, I prefer Datuk Najib to continue as Umno president and PM. I don't believe in changing the manager of the team every time the team was not doing as well as expected.

I believe that except for several wrong moves due to bad advise of his "consultants", Datuk Najib had done all that needed to be done. He definitely did better than Pak Lah.

Bear also in mind that BN did win the GE13 and if not for the Chinese Tsunami triggered by DAP's extreme racist campaigning, the coalition may likely had won the two third in parliament.

However, having said that, I need to stress that Datuk Najib does indeed needs to  immediately act decisively to restore confidence within Umno and among those who support the party.

The signs of cracks were there for all to see and these must be immediately addressed.

I know, it's not even yet a month after GE13, but Datuk Najib has to move fast before support for the party further deteriorates.

I had actually heard of those who want to give up the fight and no longer want to care what's going to happen to Umno.

They said they were tired of being led by leaders of poor quality.

"It's like going to war with idiots as our generals," one of them said to me in reference to Datuk Najib's people who handled the Umno's GE13 war room.

"And now it looks like they are given another shot at it," he added.

I do understand their frustration as I got my own complaints and the biggest is the current situation in Johor where unscrupulous people being put in charge there are running wild along the corridors of power at Kota Iskandar.

I feel that Datuk Najib needs to quickly step up and restore order.

I also feel that he needs to take remedial actions on his post GE13 decisions which didn't really go down well with party members and supporters such as the composition of the new Cabinet. I think it's not yet too late for him to do that.

And of course Datuk Najib needs to offer a different plan and appoints new people in the war room to face the GE14. And the new plan and people chosen must be good enough to restore confidence within the party. The faster Datuk Najib could do this, the better it would be.

I really hope Datuk Najib could do something about all these and prevent Umno from being embroiled in another bitter party election.

Okay....enough of the serious stuff.

I'm taking my medication for the morning now. Need to rest myself after that.

Will have to go on a very long drive later in the day.
Posted by Annie at 10:44