When the almost defunct Gerakan made noises about the merging of Barisan Nasional parties into a single entity, this was my response to it,

Useless Gerakan should just shut up

Then, the Malay Mail which is an ally of the rabid Pakatan's portal Malaysiakini got the response of Tengku Adnan Tengku Mansor, the Umno secretary general on the Gerakan's idea.

Ku Nan, in his response said he finds the suggestion to be agreeable.

So, now we got an Umno secretary general agreeing for the dissolution of Umno so that it could be merged with the likes of Gerakan, PPP, IPF as well as MCA and MIC.

So, for Ku Nan, it's ok for Umno to die for the sake of it's BN friends.

I guess, for Ku Nan, this symbol 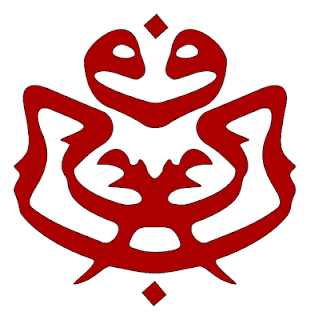 is no longer relevant.

This idea for the dissolution of Umno to form a single BN party was first mooted before GE13 by that "brilliant" guy Nazri Aziz, the now Tourism Minister.

It was supported by another so-called Umno liberal Saifuddin Abdullah who lost his seat in Temerloh.

Ok, fine. I'm not an Umno member, so my views on this doesn't really matter. After all, if Umno leaders themselves want to dissolve their party, who I am to stop them.

But, on second thought, since I am in a way is a Malay and Umno was supposed to belong to the Malays and not just to people like Ku Nan, Nazri Aziz, Saifuddin or even DS Najib Razak, let me say my piece in this obscure blog of mine.

Before Umno is to be dissolved upon the suggestion of someone like Ku Nan, who is a key player in the Umno's failed GE13 war room, let us remember the followings.

1. In the run up to GE13, it was the Umno grassroots who work the hardest. The other component parties did not show total commitment, except for certain individuals who work closely with Umno members in their areas.

2. MOST members of BN Chinese-based component parties such as MCA and Gerakan voted for Pakatan, or to be exact DAP.

3. Without the Malays' votes for Umno, BN would had lose the GE13.

I guess, the Malays, especially those of Umno need to bend backward again after the 1Malaysia concept was spat upon by even their allies in MCA and Gerakan.

Now they were told that they need to dissolve their party to please the others.

Ya, as if with the dissolution of Umno, the Chinese votes will swing back to BN in the next general election.

That anarchist Haris Ibrahim of "Asal Bukan Umno" movement must be very pleased with this latest development.