I spend the months after last years' GE13 mostly blogging about how Umno and its BN allies need to improve themselves.

I was quite critical of them.

My intention was for them to fix everything that's wrong so that they will do better in the next general election.

For me, it was time for them to take such criticisms and fix things as the next general election was still quite far away.

I would not had been so hard hitting on Umno and its BN allies if the election is near.

I remember how damaging that could be when a bunch of pro-Umno bloggers attacked former Johor MB Datuk Abdul Ghani Othman just weeks before the last general election.

Their motive was to ensure that Ghani disappear from Johor so that their patron could take over his place and in the process there will be better prospects for them and others in the same camp to enrich themselves.

I remember that very well and have no intention of doing the same.

I did however notice that the DAP cybertroopers who used to hang out and taking potshots at me in this blog had gone quiet as I attacked things which I feel were wrong with Umno and its BN allies.

They were probably enjoying themselves as I criticized my own side, sometimes even taking direct shots at the leadership of DS Najib Razak in order to urge him to fix the wrong things.

But of course the DAP cybertroopers didn't go away.

My last two posts were proofs that the enemies are quietly and efficiently doing their work.

When I decided to ease my criticisms against the establishment, this was what I posted to shift back my attention at countering the Pakatan gang,

It was actually a reminder of what happened in GE13.

Yesterday, I tested the water again with this post,

It's about the hypocrisy of Pakatan.

The first comment was this one which I immediately recognized as that of a DAP cybertrooper's,

Anonymous18 December 2014 at 11:04
Amazing. People have died, and all lil Annie can think of is how to please her masters with another spin. No wonder you're all known as bangang. The lot of you. I know getting some sense of intelligence is probably beyond you, but try and have decency?


To confirm my suspicion that this blog is being closely monitored by the DAP cyberwar team, I posted the following just to provoke a response,

Annie18 December 2014 at 12:27
If you want to accuse me of spinning, please point out how and at which point of my posting that I did that? Which part of my posting is not based on facts of truth? Don't be such a fucking piece of DAP cybertrooper pig shit, okay.


And this is the response that I got,

Anonymous18 December 2014 at 12:28
Annie, your whole fucking piece was a spin. Don't try to fucking worm out of it you brainless dumno bitch.

Yes, it was within just a minute.

That's how fast the DAP cybertrooper had responded to my probe.

Probably, he/she was one of the less experienced cybertroopers as such haste to hit back at me actually revealed who he/she was.

But what is clear from the seemingly close monitoring of this blog by the DAP cyberwar team was that the Pakatan's cyberspace effort to topple the BN government is as active as ever. 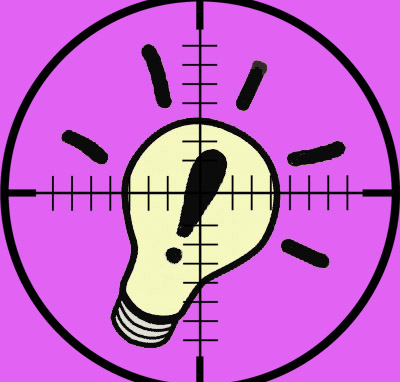 They have quieten down a bit for now just because those on the BN side are currently busy with shooting one another.

As I have always argued, The Pakatan cyberwar team, particularly that of DAP is much more effective and efficient compared to BN's.

In fact, BN or Umno, does not even have a proper strategy on cyberwar. This is a fact.

Go and ask the people at the so-called National Communication Team (NCT) whether what I said was true.

While you are at it, ask the NCT guys what have they done so far ever since their new boss took over.

Anyway, NCT was not so bad, previously.

For more lessons on how to detect DAP cybertroopers, you can read my first post about it here,

In the Komtar's crosshair
Posted by Annie at 07:55