My mother has never feels insulted being called a Cina Bukit.

She doesn't find the term derogatory at all.

In fact she was actually proud being identified as one.

It's a term used by most Malays to describe the "real" Chinese of this country.

These are the Chinese who stick to their original Chinese way of life.

The anglophile "banana" Chinese individuals do not qualify as Cina Bukit.

I definitely do not qualify as one too, being only half Chinese and living a more Malay than Chinese life.

These Cina Bukit used to be part of the BN's vote bank, but not anymore following the Chinese tsunami of GE13.

My mother, however, has never changed her political stance even after marrying my father.

She has always been a DAP supporter despite the rest of her family previously being MCA members.

I believe they are all DAP people now.

I do try to understand what's in their mind and why their shift to DAP.

I did ask myself, was it right of me being angry with them?

I tried to put myself in their shoes.

Born into a real Chinese working class family, went to a Chinese school, studied in a Chinese university, work in a Chinese company, and has no real non-Chinese friends. 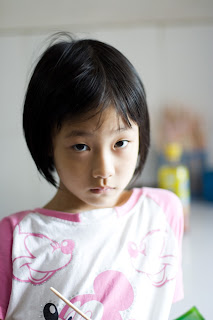 Then came a Chinese leader telling me that the Malay-led government is practicing apartheid, that Chinese are treated as second class citizens, that the government is corrupt to the core, that they even killed good Chinese such as Teoh Beng Hock.

This went on for more than five years, in the cyberspace, in the Chinese newspapers, in the Star etc.

The Chinese leader also promised that things will change once he and his gang come to power. He said they will definitely come to power if all Chinese voted for them.

How I am, as a Cina Bukit girl was supposed to react to all that?

Would I believe in all those 1Malaysia things and talks about preserving the moderate ways of life?

Well, honestly, as a Cina Bukit girl, I don't think I have much choice. I will definitely choose to vote the Chinese guy.

It was clear where the interest of my future should be.

Yes, that's even if the opponent is a good Malay leader who has helped my community all these years.

Too bad for people like Datuk Abdul Ghani Othman.

It's really nothing personal. It's just politics of survival.

Yup, that's what I would do if I'm a Cina Bukit girl.

Whenever I think that way, I don't feel too angry with the Chinese anymore. I'm just sad that things have to be that way.

What else could we expect them to do?
Posted by Annie at 14:15