“I told them not to worry because the government was not under DAP, and there were no attempts to eliminate the power of the rulers,” Anwar was quoted by news portal The Malaysian Insight (TMI) as having said in a speech at a Malaysian Muslim Youth Association (Abim) event at its headquarters in Kajang on Saturday night.
“The constitutional monarch will not lose power. I explained all this to them. My intention when I met them was clear, that is, to help explain the PH government’s policies to the rulers.”
TMI said the meetings had prompted rumours that Anwar was undermining Tun Dr Mahathir Mohamad by forging a pact with the rulers, who share a testy relationship with the prime minister.
“I would like to stress that there were no such discussion with the rulers.”

My questions to Anwar;
1. So, if the government was under DAP, then the Rulers need to worry as there would be attempts to eliminate their power, right?
2. The constitutional monarch will not lose power? Is that so? Which kind of power they will not lose?
3. Fine. Anwar said he met the Rulers with no intention of undermining Dr Mahathir as PM. So, what is his authority to make those promises to the rulers? What is his position in the government?

Now we got this thing going on in the open;

Tommy Thomas is our choice for AG: Dr M

The Rulers will meet tomorrow, most likely to discuss the issue and decide on it.

I seriously think they have to back down on this one.

They should know that things are different now under the PH government led by Dr Mahathir.

I'm quite sure the handsome old man will go all the way with this one just like what he did many years ago when he took away the immunity of the Rulers.

He will play it by the book, and he will win.

So, I guess the promises of Anwar to the Rulers don't mean much now.

They really shouldn't expect much from that guy anyway.

Well, I think the Rulers need to be more cautious now.

There are people who are now openly criticising them and those who tried to defend them like Anwar.

You all can read it here;

(Note: I didn't publish some comments at the post which I deemed to be outright seditious)

With that, I don't think Anwar will be able to defend the constitutional monarchy system despite his assurance to the Rulers.

As usual, Anwar talks only.

In fact I don't think even the Malays, who are still loyal to the Rulers will be able to defend the system for too long as they are now divided along party lines and political ideologies.

They can only defend the Rulers if they have the power of the majority and for that they need to be united.

But then again, anyone who dare to talk about Malays unity in any way will be branded a racist these days.

I was called a racist for suggesting the Malays to unite such as in this post,


A pro-PH portal even picked up the post, changed the title, and accused me of fanning racial hatred.

That's the way it is nowadays.

Malays must be divided to avoid themselves being racists.

And they can't unite as Muslims either.

So, the Rulers should not count much on the Malays/Muslims to defend their institution.

Well, the royals need to blame themselves for all these.

I mean, why la some of them have to behave like thugs or show off their excessive wealth until people, including Malays who are supposed to love them, got fed up with them.

Now they simply have to wait for what's coming.

Personally, I don't mind the Royals, except I prefer them to be like, 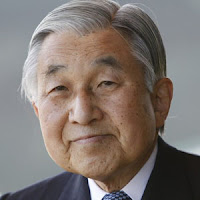 According to the Constitution of Japan, Akhito is "the symbol of the state and the unity of the (Japanese) people." Unlike other constitutional monarchs, his function is defined as entirely representative and ceremonial in nature, without even a nominal role in government. He is limited to acting in matters of state as delineated in the Constitution, and even in those matters, he is bound by the requirements of the Constitution and the binding advice of the Cabinet. For instance, while he formally appoints the Prime Minister, he is required to appoint the person designated by the Diet, without the option to decline appointment.

Maybe PH, with the Malays all divided, will win a two third majority in the next general election and there will be an amendment of the constitution on this matter.

Then there will be a REAL new Malaysia.