Good luck with your elections, Umno


However, I was not excited at all with the latest development.

I felt detached reading the story.

Maybe it's because I have made up my mind not to get involved.

This is now an  Umno matter, and as a non-member, I think I shouldn't try to be too clever about it.

All I would do is to ask Umno members to vote wisely for the future and survival of their party. 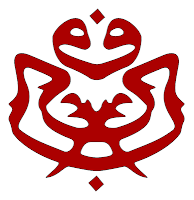 I'm actually following an advice given by a friend who is an actual Umno member.

He said I have been writing with too much emotion about Umno of late without knowing the true situation within the party.

I think he was right.

I did get emotional quite a bit of late.

So, that's it. I'm just going to wait for the outcome of the Umno elections.

Personally, I think Umno needs to survive to provide a check and balance in our country's political system.

We are indeed back to the one party system of the past after the BN's comprehensive defeat in GE14.

The once mighty coalition is in very bad shape now that it can't even be considered as a viable opposition.

The same goes to Pas.

PH could do almost anything it wants now.

Combined with the parties which had left BN, they may even have a two third majority in parliament to initiate constitutional changes.

I believe that the only hope for us to have back the two party system of post-2008 general election is for Umno to revive itself and rebuild BN or initiate a new similar coalition.

It's the only chance for Malaysia to have a healthy democracy in the near future.

Hopefully, this coming Umno elections will produce a good line-up of leaders who are capable of saving the party and later on offer us with an alternative to PH in the next general election.
Posted by Annie at 21:36