I really support this call.

I would vote for BN again if Tok Pa was the PM candidate vs. Anwar (of course, you cannot beat Tun. But I don't think Tun will stand in PRU15.)

But the problem with Tok Pa is, he is not a "political animal" and won't play money politics or play dirty.

Too much of a gentleman.

He is "Old School" Umno mentality, before it became skim cepat kaya.

That is if Hishammuddin continues to play it safe and just want to defend his number two post.

Someone has to do it or Umno will remain as it is and never be revived....or worse still, drifts to Anwar camp with Zahid at its helm. 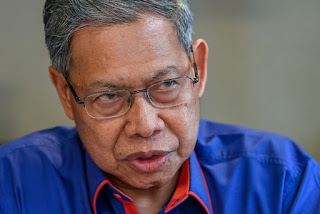 I first met him when he was the Entrepreneur Development Minister in Dr Mahathir's Cabinet.

I was very young at that time and used to hang out with his daughter.

The guy has been nice like that since back then.

He is almost a Wahid Omar.

I will support him all out if he's the one to challenge Zahid.

I still prefer the Hishammuddin and KJ young tag team, but if they are not willing to go against Zahid, then let Tok Pa do it.

Hishammuddin must bear in mind that if he stays at number two, he would be perceived as being the running mate of Zahid.

That would not look good for him.

And he will also be up against Mat Hassan, who at this point is quite popular among Umno supporters.

Well, up to him. He better discuss this with KJ.

Actually, a Tok Pa and Mat Hassan tag team is not so bad.

Umno can have a new good guys image.

Anyway,  let them settle that among themselves.

I'm a bit tired to think too much of that today.

Went to a park near a beach today.

Very nice. I have not been there for several years.

Walked around there for quite a while and that's why a bit tired.

Also helped my friend to clean up her house today.

Turned out that she still have this laundry bag I gave her quite a few years ago. 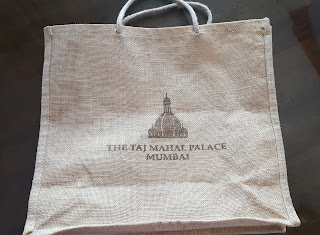 I got it from the Mumbai hotel I stayed in during my visit there.

Maybe one of these days I'll write about my travels again.

Now need to help my friend get ready for buka puasa.