My mother's new hairstyle and other small stories

Stopped by at USJ Taipan just now to keep my mother company for dinner.

Earlier, she had a haircut and facial treatment. I think she looks younger than me now. 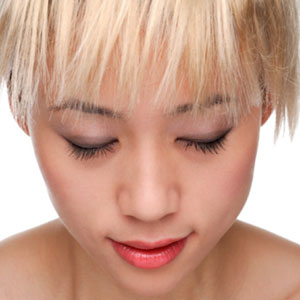 We went to a Chinese dumpling restaurant. I just had tea. Told my mother I had already eaten some where on my way down from Cameron Highland.

I tried to avoid talking about politics and instead just listened to her as she ate.

Among others, she said most of my relatives (the Chinese ones) are angry with PM DS Najib Razak for coining the term "Chinese tsunami".

I wonder how they actually want Najib to describe the over 90 per cent Chinese votes going against BN.

But I just kept quiet. What's the point of me antagonizing my own mother over such thing, I told myself.

My mother also told me that a lot of her friends, who are DAP supporters are cursing the Chinese newspapers on their Facebook wall, and calling them BN lackeys.

The reason - the Chinese newspapers had put the news of the Pakatan gathering in Kelana Jaya to protest against the results of GE13 the other night on their second page instead of the front page.

I can't help but to laugh at that one.

I guess journalists of the Chinese newspapers, who have all these while been doing everything they could to support DAP must get their act together now. Everything that DAP/Pakatan say or do must now be put on the front page. Nothing less, okay?

At that point, I told my mother that I rather talk about her new short blonde hair style instead of politics. She laughed and suggested that I do the same with my hair.

Maybe I will. Probably next weekend I will do something about it.

Then my mother told me that her best friend, who is a hardcore DAP member had shaved her head along with others just before polling day in support of the party.

I laughed at that as I know her friend. A passionate but not very smart lady.

I told my mother that she better not do such thing.

I think she would look too weird if she goes bald.

She laughed and told me not to worry as she is not that crazy.

Well, I love my mother no matter what, but I don't want her to be too weird.

Anyway, I don't celebrate Mother's Day and my mother knows that. I just don't believe in such things as this special day and that special day.

I didn't wish my mother anything before we parted for the night. She knows that I love her, and that's good enough.
Posted by Annie at 00:02