The good things about prosecuting Najib


I'm writing this because my DAP supporting beloved sent me a WhatsApp message just now;

"Wonder what will happen to najib this morning"

As we all should know by now, Najib is meeting MACC people at their office this morning over all those allegations against him.

Well, I think they will ask him questions and maybe they will detain him for more time to question him further.

They have the power to do that.

But still,  I think the MACC people will be fair to Najib.

I think that way because I do want to believe that MACC is now really free to do its job instead of being controlled by powerful people with vested interests as alleged during previous BN administrations.

I do want to believe that the PH government is true to what it claimed to do before its GE14 victory.

That is, Malaysia will have true freedom and good institutions.

And later on, if they decided to charge Najib, I want to believe that he will have a fair trial in a court which is totally independent and free from interferences from the executive.....instead of as alleged during previous BN administrations.

If you all don't get it, please read this;

Augustine Paul's role will not be forgotten


Yes, a free judiciary. That's what many of us demanded all these years. Free this and free that. I'm all for them.

And in the event that the court later rules in favour of Najib, I want to believe that all of us Malaysians will accept the verdict.

I want to believe that we Malaysians are not a lynch mob....especially in this era of benevolent PH administration.

I know, I know....most of you all had passed the guilty verdict already on Najib.

You all are very sure, right?

You are innocent until proven guilty, remember that.

Well, that will all be in the years to come as such a complicated trial will take a very long time to settle....just like Anwar's second sodomy trial which I believe is the record holder of being the longest in Malaysian history.....five years if I'm not mistaken.

It would be interesting to see whether Anwar's sodomy case or Najib's alleged kleptocracy practices case being the one more complicated and harder to judge.

And I wonder whether Najib's lawyers will keep asking for postponements like Anwar's lawyers did.

If Najib's probable trial is to start now and last that long, then the final verdict should be just before we once again go to the polls of GE15.

Again, if Najib by some chance is to be judged innocent, then we would go to the next polls knowing that BN's defeat to PH in the just concluded GE14 was built on lies.

But still, in a fair trial, anything could happen.

So far, I think Najib handles his predicament rather well.

He didn't declare emergency as many feared, run away or try to drag others into his troubles. 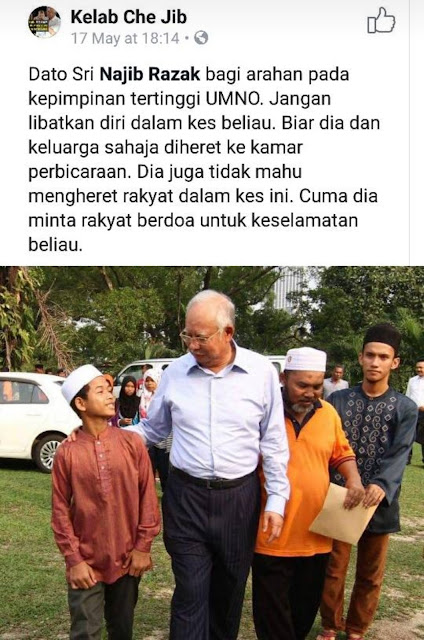 Things seem to be still quite peaceful.

Well, last time Dr Mahathir did something similar like this, all hell broke loose. 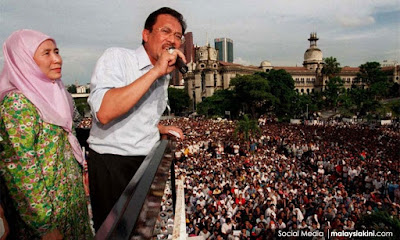 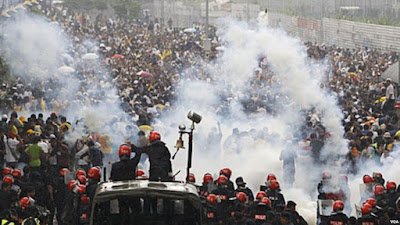 Fine, I know you all would say, last time Dr Mahathir was wrong, this time he is right.

Whatever makes you all happy, okay.

Well, Dr Mahathir said he would let go of the PM post in two years time.

Anwar will likely replace him.

I hope that one will go smoothly.

Otherwise, we may have another round of trouble.
Posted by Annie at 09:25