So, it has come to this,

“We need to do away with some of the unnecessary projects, for example the high-speed rail, which is going to cost us RM110 billion (US$28 billion) and will not earn us a single cent. That will be dropped,” the 92-year-old was quoted as saying to the Financial Times.

With that, I believe projects such as ECRL, Bandar Malaysia, all those ports and exclusive industrial zones to be built by the Chinese will all be cancelled.

Hmmm...that means almost all physical remainders of Najib's administration the past nine years will be wiped out.

Well, it's only fair.

Najib and gang had wanted to wipe out Dr Mahathir's legacy but they lost the fight.  So, they were the ones that got wiped out instead.

Personally, I don't care much about those projects, except the HSR.

I like the idea of having a Shinkansen between KL and Singapore. 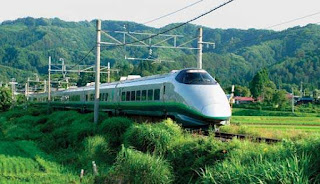 Easier for me to visit my relatives there, among other things.

I love traveling by train.

But I guess the current government wanted to save money.

It said the nationaal debt was RM1 trillion.

But of course this was disputed,


In a Facebook post on Friday (May 25), Najib said: "I am glad that the finance minister has come clean in his statement yesterday that the official federal government debt remains at 686.8 billion ringgit (US$172.5 billion) (50.8 per cent of the gross domestic product, or GDP) - not 65 per cent or 1 trillion ringgit as previously claimed."
"The level of 50.8 per cent is much lower than the 103.4 per cent reached during the first reign of Tun Mahathir (Prime Minister Mahathir Mohamad)," he added.

Hmmm....don't know lah how our new handsome MoF did his calculations. One day like this, another day like that.

Then the former MoF also have his own version like that.

Still, I'm actually a bit sad that the HSR project got cancelled.

Hopefully they won't cancel the next phases of the MRT project too just because that was started by Najib.

I think MRT is important to have.

If we can't be connected by rail all over the country, then at least we could do so in KL. Otherwise we will forever be stuck in a third world traffic jam city. 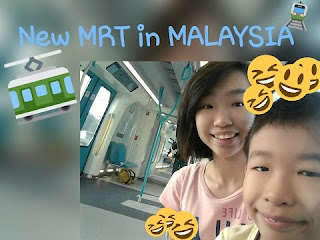 If they want, I can even delete the part about MRT being started by Najib and say PH started it instead. That's better than getting stuck in jams again.

As for the Shinkansen experience, guess I have to go to Japan again for it.

I kept postponing my trip there.

Someone already offered to belanja me a trip to Tokyo around that time.

I think I'll take it.

Maybe can take the Shinkansen to Sendai again, like last time.

Hopefully this time it will really happen.

Maybe you all want to read these previous posts of mine on Shinkansen;


Please let it be the Shinkansen


Sorts of like a farewell to that dream.
Posted by Annie at 11:32