Pigs can fly, says Guan Eng, and they will believe him

Apparently, DAP is now so well entrenched in Penang that it can paddle any amount of nonsense, especially to the Chinese community there, and they are still going to buy it.

The best part of it is that the majority of the Chinese community in Penang knows that the DAP is bullshitting them, yet they are still going to support the party. The reason being, it is just the trend of most Chinese to support DAP and vote anything but Umno (Asal Bukan Umno - ABU, which also subconsciously means Asal Bukan Melayu). Not to do so means betraying the community. At least that's what the DAP's propaganda is telling them.

Meanwhile, their almost extinct Chinese rivals can only scream and shout but to no effect about the bullshit being dished out by Guan Eng and gang. Here is a story of that -


Yup, first there was that excel error of the DAP's central executive committee election and now the typo error of DAP's billions ringgit tunnel project.

DAP sec-gen and Penang CM Lim Guan Eng was not even bothered to give better excuses.

Guan Eng knows the people know his excuses were bullshit, but he doesn't care because he was cock sure they are going to buy those bullshit anyway. He is supremely sure that he has already in his pocket the support of especially the Chinese community.

At the moment, no matter how absurd it get, the majority of Chinese community members will believe it as long as it was endorsed by DAP leaders. Even this picture, I think - 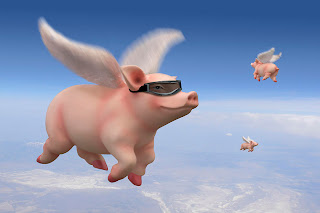 DAP is so sure they are not going to lose any vote over such things that their leaders Kit Siang and son Guan Eng can strut around challenging their rivals to fight them....at outright Chinese majority constituencies, of course.

Let say these are all errors committed by BN, I'm quite sure the reaction would be different.
Posted by Annie at 08:20