I have been very busy these past few days.

No time to update this blog.

I just released the comments using my handphone.

Now I got about half an hour to do this posting.

After this I need to rush off to work.

I have not been reading the newspapers properly due to the hectic work schedule.

Mostly, I just read the headlines.

But I do notice that the hottest political thing at the moment is the Teluk Intan by-election with the star attraction being that Dyana DAP girl.

My take on it so far is as follows.

Easiest trick to get at the Malays, especially men- PRETTY GIRLS

Really, it works every time.

Even the Pas men in serban got excited, I was told when Dyana (wearing scarf of course) turned up at their ceramah.

Let's not even talk about the likes of Mat Sabu on this okay.

Gone were all that talk about hudud lah or jihad lah or whatever.

Honestly, I don't think that she is THAT pretty.

Okay, she is prettier then myself, I admit that but for all those Malay men drooling over her, I think that's a bit too much.

Come on la you all Malay men, don't be so pathetic.

Kit Siang and his son send you all a good looking girl, packaged her nice and proper, and you all become idiots. 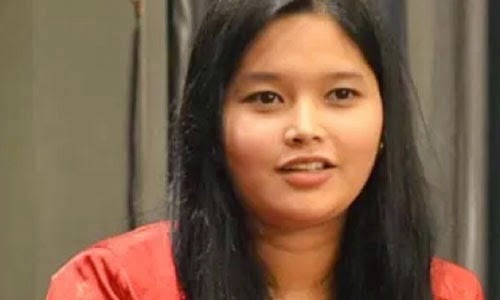 But with DAP's nice packaging, she turned out like this, But for Pas men, they packaged her like this, 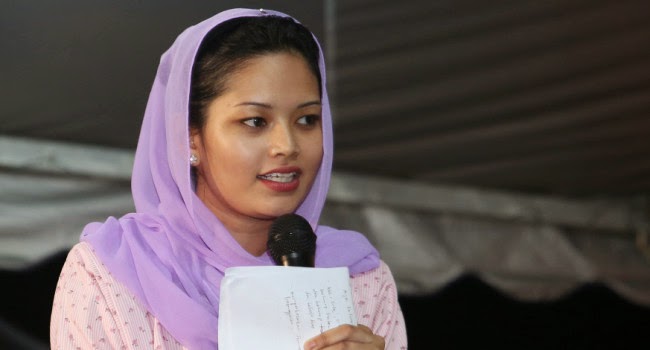 Chinamen really know how to do business.