Got a message from Aisya this afternoon. She requested for me to thank shuzheng on her behalf for this posting of his -

On earth, no feasts last forever


Ai, who is a bit of a Malay nationalist always fondly refers to shuzheng as the "ultra chinaman".

Sometimes it's weird that friendship could developed between people of different species like those two. For instance, Ai is an admirer of Tun Dr Mahathir Mohamad while shuzheng always seems to hate the old man. Yet, they managed to bridge that gap between them. 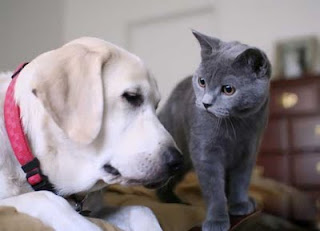 This is the unique quality of true Malaysians. We may be of different races, religions and ideologies, but our moderate ways of doing things has enabled us to give leeways to each others, irrespective of how extreme our differences of opinion could be. It prevented us from tearing each other up these past half a century after our Merdeka.

Let us all appreciate this unique quality of ours and reject any attempt at turning us into absolutists. For instance, not all Umno people are bad and so do those among DAP people.

Campaigns of hate waged since 2008 has done much harm to  race relations in our country. I'm honestly worried of what will happened to the country after the next general election. The racial polarization will indeed worsen as a result of the hate mongering.

With the BN's Chinese component parties said will be wiped out by the DAP's Chinese solid support, we will likely have a Chinese block in the opposition and Malay/bumiputera block in the government. I seriously doubt the largely Malay Pas and PKR will get more parliamentary seats than DAP and want to be led by the Chinese party in the opposition.

Seriously, if you check all the frontline States such as Sarawak, Sabah and Johor, the only real worry BN has, is the Chinese community's votes.
Posted by Annie at 18:57