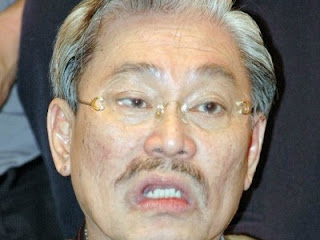 The announcement of Lim's candidacy for Gelang Patah effectively means that Chua has to contest in a constituency where he has less likely chance to win.

The former MCA leader who betrayed his party for a new lease of political life in PKR after Pakatan's unprecedented gains in 2008 has been going around telling anyone who care to listen that he has been working hard for the people of Gelang Patah over the past one year and therefore deserves to be a candidate there.

However, everyone in Gelang Patah knows that the Pakatan man who has been working hard there for many years prior to 2008 is Dr Boo.

Now, both Chua and Dr Boo had been sidelined by their leaders from KL and are not going to contest the much coveted seat.

Anwar and Lim doesn't care about serving the people of Gelang Patah as what is more important to them is ensuring they get enough parliamentary seats for Pakatan's passage to Putrajaya.

Dr Boo seems to be more gracious in accepting his fate. Chua, on the other hand seems to take Anwar's betrayal of his expectation to be fielded in Gelang Patah rather more bitterly.

Johor PKR election director Steven Choong, who has been the party's spokesman in the State since Lim's candidacy was announce admitted to pro-opposition portal Free Malaysia Today that he expected Chua "to take time to accept the decision" because he has been serving the Gelang Patah constituents since last year.

You can read the three-day-old FMT report here -

By right, Chua should be appeased for being given the chance to contest in Segamat as the constituency has the Chinese community as its largest number of voters at 47 per cent as compared to the 43 per cent Malays and 10 per cent Indians. On top of that he will be contesting against an Indian whose community is the smallest among the three in Segamat.

It is a known fact that Pakatan is banking mostly on the perceived anti-BN sentiments among the Chinese voters to secure some seats in Johor. All their target areas are those with high percentage of Chinese voters.

So what is it that Chua is still not satisfied about?

Let's say that he will get the full support of the 47 per cent Chinese voters in Segamat, all he needs now is just a minimum 4 per cent votes from the other races to win. Surely he can get that, can't he?

Well, why then he is still sulking?

My bet is, Chua must have some knowledge that indicates he will not get all of those 47 per cent Chinese votes in Segamat.

I believe that he knows it is a fallacy that all Chinese believe in the garbage being dished out by Pakatan.
Posted by Annie at 23:56