Who were these poor kids? (updated)

Most of you all probably have read the story of this tragedy,


You all also probably asked who are these kids roaming the streets on bicycles in the dead of the night and why did their parents do nothing to stop them.

Many of us probably had even passed judgement on these kids and their parents.

But I think we should know these kids and their parents much better if we want to really know why and how things happened leading to the tragedy.

Bernama has a story of one of them,

ONE OF EIGHT TEENAGERS KILLED IN ACCIDENT SOLD PUDDINGS

JOHOR BAHRU, Feb 18 (Bernama) -- One of the eight teenagers, Mohd Azhar Amir, who was killed when a car ploughed into a group of cyclists here early this morning, was a quiet boy and enjoyed helping his elder brother sell puddings.
According to his mother Shabariah Yusof, 49, her son often went out with his friends at 11 pm after helping his brother sell puddings at Kampung Senibong.
"He would only go out cycling with friends after helping his brother. I don't know where they went but he usually came back after 3 am.
"I found out about the accident when his friends came back and told me about it," she said in a choked voice when met by reporters in front of the Sultanah Aminah Hospital (HSA) Forensic Department here today.
Mohd Azhar, 16, was eighth of 10 siblings and went to Sekolah Menengah Kebangsaan Permas Jaya 3.
Meanwhile, his elder brother, Khainurizam Amir, 33, said he had often told his brother not to get involved in the cycling activity.
"I have told him on numerous occasions not to get involved in the activity but children can be stubborn. He would leave the house on the quiet when friends beckoned and we hear from others when something happens," he said.
In the incident at 3 am, eight male teenagers were killed while eight others were injured, two critically, when a car ploughed into their bicycles in Jalan Lingkaran Dalam, near the Mahmoodiah Cemetery near here.

Bernama stories are not always the best because sometimes they lack details, but based on this one, the deceased boy and his family apparently lived in Kampong Senibong where he and his brother sold puddings.

It's a fishermen village of about 400 people famous for its seafood restaurants.

If I'm not mistaken, the village is about 100 years old.

It's one of several remaining traditional Malay villages in the rapidly developing JB.

Many of the inhabitants of these villages are squatters.

Almost all of them are from the lower income group.

The seafood restaurants in their village mostly belong to rich people from elsewhere.

Based on the story of the tragedy, all of the victims are Malay teenagers and I believe they came from the same background as Mohd Azhar whose story was highlighted by Bernama.

I'm actually quite familiar with the condition of the Malay villages in JB.

Some are good but many are not so conducive for growing up kids.

It's the conditioning of the kids living in those villages which I believe led them to indulge in activities leading to the tragedy that happened this morning.

I learnt that the night cycling of the kids is called "main lajak". They raced each other on modified bicycles down the hill from Mahmoodiah to a spot near Jalan Skudai every weekend nights or early morning.

It's probably the only form of outdoor entertainment they were interested in and could afford.

True, the parents were partly to be blamed for letting their kids getting involved in such a dangerous activity, but kids of that age and living in such an environment as where they lived were hard to control.

Bear in mind that the villages where these kids lived are in the midst of the rapidly developing JB. Villages such as Kampung Senibong are surrounded by high rise luxury apartments such as Senibong Cove.

It's likely hard for them to cope with peer pressure and the need to keep up with things around them.

The kids, who were mostly from poor families may felt out of place in their surroundings and struggling to adapt, leading to them getting involved in social ills such as the one leading to the tragedy.

Whatever it is, hopefully those in power can do something to help people such as the families of the unfortunate kids.

Surely something can be done. Maybe if their welfare could be cared better, they would manage to improve themselves and live better lives than now.

Maybe they could be helped to live in more conducive environment.

We are humans after all....and we live in Malaysia, and not some poor third world countries, okay.

There have been several requests for me to take down pictures of the victims' identity cards.

I want to clarify here that I decided to publish them because I don't want the kids who died in this tragedy to become faceless victims that everyone will soon forget.

It's in no way meant to disrespect them or their families.

The kids were real human beings who lost their life in an accident which we can learn not to repeat.

The memory of them should stay with us.

However, after careful considerations, I decided to grant those requests because I don't want to cause discomfort to any quarter.

Still, least we forget, these are the kids who died in the tragedy : 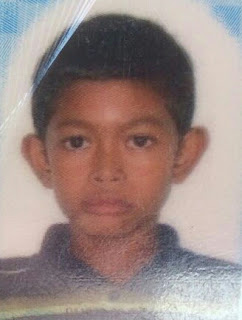 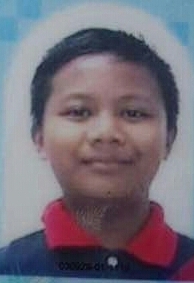 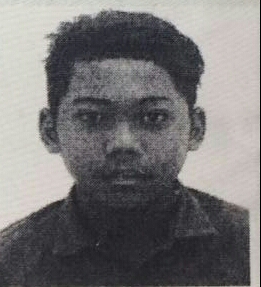 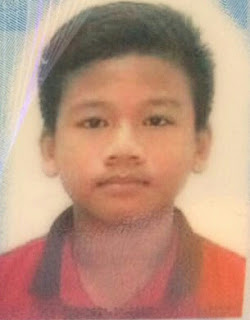 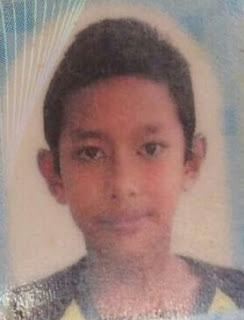 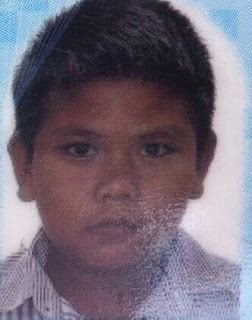 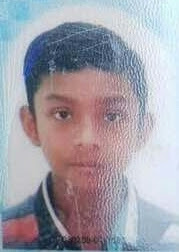