Focusing on the all important GE13

As I remember it, in the run up to the 2008 general election, the overwhelming majority of sopo bloggers on both side of the political divides were united in pushing for the end of the Pak Lah administration.

The Malaysian sopo bloggers were one big happy family at that time.

The honeymoon, however, ended when BN suffered its worse electoral setbacks ever.

I remember calling a friend, who is a prominent blogger on the night the election results were announced to tell him that BN had fallen in one State after another.

I was at one of the BN's election nerve centers that night where results were received a bit earlier than elsewhere.

My friend was stumped as I told him, first, that Kelantan was almost a total washed out, then Kedah was lost, followed by Perak, Penang and the most stupefying, Selangor. Then there were all those Federal Territory parliamentary seats which were also almost wiped out.

Yes, he was like the other pro-BN bloggers at that time. He wanted to get rid of Pak Lah but not to the extent of losing so much to the opposition.

"We had overdone it," he declared.

Things, changed after that, as the real Malaysian cyberwar started and later on worsen between the pro-Pakatan and pro-BN bloggers. 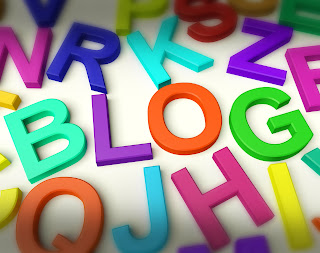 Admittedly, the Pakatan bloggers appeared to be better coordinated and disciplined despite being of the variety of lesser substance than their BN rivals.

Their best team is perhaps the one based at Komtar, Penang. They are so effective that no one who is considered credible can say a single bad thing about Penang chief minister Lim Guan Eng without getting lynched by them in the cyberspace.

Unlike the Pakatan cybertroopers who works as a single unit, BN bloggers move mostly in smaller packs or individually. They are more creative, resourceful and independent than their enemies but lacking in coordination and discipline.

It's not uncommon to see BN bloggers attacking the government and its BN leaders if they feel something wrong were being done.

This is something the Pakatan cybertroopers would never do. Their leaders are untouchable and those rare ones who go against them will not just be expelled from the rank but also be vilified and hounded as a traitor.

As the GE13 draws near, this discipline within the Pakatan bloggers rank was tightened. Their attacks against BN were intensified and every single issue not in favor of BN electoral chances were picked up, dissected and systematically laid bare for the public to consume.

In contrast, BN bloggers appeared to be more of a guerrilla force, employing a hit and run strategy.

Occasionally, they do mount large scale coordinated operations against the enemy such as on the "Allah" issues, but these are more exceptions rather than norms.

What is however most worrying is that the BN bloggers seems to have the tendency of failing to focus on the bigger objective of winning the electoral war.

Some tend to be too engrossed in advancing a certain idea which may sound advantageous to BN but yet the timings were all wrong, making the efforts more of a liability than anything else.

Quarreling among each other over petty issues is also another distraction. Somehow it baffles me that those engaged in such futile exercise do not seem to realize that what ever toxic being spewed out would be used by the enemy.

On top of that, such distractions took a huge chunk of time and energy which should have been spend on fighting the better coordinated and disciplined Pakatan bloggers.

As the election being likely less than a month from now, I don't know why any pro-BN bloggers should worry about anything else other than doing their best to help in defeating Pakatan.

Being a new blogger who favors BN , it is disheartening to see some of the pro-BN bloggers still insisting at going after elements within the coalition which for some reasons or another, real or imagined, so close to the all important GE13.

Can't they see what they are doing is damaging to BN chances and undermining efforts of the coalition on the ground?

Can't they wait just a few weeks more and for now concentrate at defeating the real enemies?

What are their real motives for doing all that?

Maybe only Allah knows.
Posted by Annie at 09:17