Apparently this posting of mine had drawn quite a lot of attention.

I had among others received an email from Dr Brenden Tempest-Mogg, the president of Warnborough College (UK) over the matter. Unlike his former students, the guy seems to be a cool fellow.

He had given me permission to republish this clarification about his establishment which was originally intended for The Star newspaper,

We are concerned about the misinformation presented about Warnborough College  (Ireland) that has appeared in your newspaper The Star on 17 July 2013 in the article entitled "Spotlight on Emir".
Warnborough College (Ireland) is entitled to award degrees, based on comparable academic standards similar to major universities.  To this end, Warnborough College has been accredited by the Accreditation Service for International Colleges (ASIC)  as a Premier College, after performing commendably in the intensive accreditation process. Also, it holds ISO9001:2008 certification, like several universities in Malaysia and abroad. Our qualifications are recognised in industry, commerce, education and the professions. Its membership in the UK College of Teachers (Royal Chartered in 1849) further illustrates its commitment to quality teaching, research and professional standards.

Our alumni consist of many worthy graduates including Dr Mohd Emir Mavani Abdullah. They worked hard to earn their qualifications, undergoing a rigorous academic and examination regime. They are and have every right to be proud of their Warnborough qualifications and the contribution they are making in all walks of life.

Our accreditation is stated very clearly on our website www.warnborough.ie , and this can be verified directly with ASICwww.asic.org.uk  We are requesting  a correction to the article so that the information provided by The Star is accurate.

Apparently, Dr Ranjit Singh Malhi was not satisfied with my apology for making him angry over this posting. He had send me two more emails, castigating me for this posting. Well, honestly, I don't really know what else to say. Apparently graduates of Wamborough University (or is it College?) are not very humorous people.

I wish I can share those emails here so that readers of this blog may understand how seriously offended he was, but since he had marked them PRIVATE AND CONFIDENTIAL, I decided to honor it  by refraining from doing so.

Apparently, this posting of mine had attracted quite a hostile reaction from one Dr Ranjit Singh Malhi.

These are his emails,

You have openly stated that Dr. Emir Mavani’s qualifications are fake and implied that Warnborough University (now known as Warnborough College Ireland -WCI) is a bogus institution. Your completely erroneous and defamatory statement is far more worse than that of The Star.

Attached is the Accreditation Service for International Colleges (ASIC) Certificate of Accreditation for WCI. ASIC is an independent body which provides an accreditation service for independent further and higher education colleges. ASIC is an independent British-based accreditation agency which currently accredits a number of educational institutions in the UK, Asia, and in other parts of the world. ASIC extends accreditation to schools, colleges, universities and training institutions which satisfy a range of stringent quality criteria in all aspects of their operations. Well-known academic institutions that have been accredited includes London International College of Management, University of Atlanta (USA), ASIA Metropolitan University (Malaysia), Institut Europèen des Affaires (France) and Amity Global Business School (Singapore). ASIC is a member of CHEA International Quality Group (CIQG) in USA and is listed in their International Directory and has recently been accepted by the British Quality Foundation (BQF).

Attached also is the documentation proving that WCI’s graduates have held academic positions with well-established universities and ASIC’s accreditation obtained by Management and Science University (Malaysia).

I did my Ph.D. in Organizational Behaviour with Warnborough University and I am utterly pissed off with your completely erroneous and derogatory insinuation about WCI.

I strongly demand an apology from you for your erroneous and derogatory insinuation that Warnborough University is a bogus institution and removing the offending posting within 24 hours.  If I do not receive a favourable response from you within 24 hours, I will most definitely (100%) initiate legal proceedings against you. You have my word of honour on that.

For the record, I sued an individual (Malaysian) in 2010 for defamation in the High Court who erroneously accused me of buying my Ph.D. degree. The matter was settled out of court with him issuing me an apology letter and making a payment (amount is private and confidential). I am sure you do not want History to repeat itself. The ball is in your court, “Dr Annie” and I would most definitely not want to hire someone like you who slander others without first verifying your facts.

Forwarding vital information about the status of ASIC which has accredited Warnborough College Ireland as a “Premier College” on 18 December 2012. Let this be a lesson learned: Do not slander others without verifying your facts. Have a nice day!

Shared via Norton Identity Safe. Get it for FREE!


Well, Dear Dr Ranjit Singh Malhi
I'm actually very sorry that you took serious offense of this little posting of mine.
I sincerely do not know who you are, but please believe me that this posting was only meant for a laugh or two. I did it on the spur of the moment after reading about the subject matter in other blogs. I hope you could understand and forgive me for it and not be too vexed with me.

Dr Ranjit Singh Malhi, since you took the trouble to write to me to express your indignation about this posting, as a sign of appreciation, I would like to dedicate this little sketch to you so that it may cheer you up a bit. Cheers. (Note: I believe God can forgive Mr Atkinson and can see that the sketch was just for fun.)

Because I can fake it.

Yes, for the purpose of this posting you all can refer to me as Dr Annie.

Hmmm, let me tell you that I actually obtained my Phd in philosophy and anthropology from University of Middlesex, UK. (Note: Go search for the university and see if you can find it).

Oh, by the way, I also have a law degree from another UK university, you know.

And as proof of the authenticity of my doctorate and stupendous academic achievements, here is my photo on my graduation day which goes with my CV, 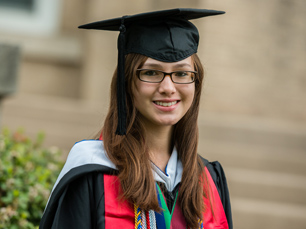 Now, which gigantic GLC wants to hire me as its president and CEO?

How about you all at Felda Global Venture? 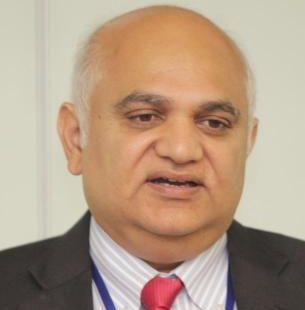 and replace him with me.

My qualification were fakes?

Well, so does the qualification of that ugly guy you all appointed as your president and CEO, isn't it?

At least I'm nicer to look at, aren't I?

That picture of mine is fake too?

Well, even if I put my real picture, I am certain I'm still nicer to look at than that ugly bald man.

Tan Sri Isa Samad, what do you think? You want to hire me or not?

(Note: For perspective, read Warnborough, revisited (possibly with a lawyer letter)
Posted by Annie at 02:15