It's a good thing to know that more of those being bullied in this country are standing up to confront their tormentors.

Here is one of those stories Pakatan Supporters Who Threatened Girl With Rape, Death In Serious Trouble

This was a good move by SYA and friends. 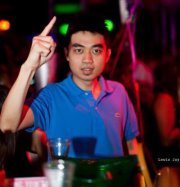 Just lodge a police report if those  DAP cyber bullies try to take away your freedom to choose whatever you want. They need to be stopped. They are using all the dirty tactics known to men to intimidate, threaten, insult and degrade those who disagree with them.

Their main targets are Chinese who oppose DAP. Chinese ladies are particularly susceptible to their attacks. You can read about all these in Helen Ang blog. She got plenty of those stories.

Seriously, why do they resort to such tactics?

Well, the only logical answer I could think of is that they think that the Chinese community has and will always be dominated by a strong central authority. That the community is still subjected to the triad mentality and has to be disciplined by force. Those who went out of line must be disciplined in such a manner.

In the present scheme of things, they want to make DAP as the central authority of the Chinese community with its leaders being the taikors.

Chinese who oppose the party will be considered as traitors to the Chinese race and they are therefore legitimate targets for whatever abuse deemed necessary.

Here is an example of how the DAP cyber bullies were conditioned to view fellow Chinese who do not support their course - traitors to the race. They themselves were trained to believe they are Bruce Lees out to exterminate those traitors to the Chinese community.