At the moment I'm writing these updates, indications pointed that outgoing Johor Menteri Besar Datuk Abdul Ghani Othman is not likely to be fielded in Gelang Patah.

Whatever it is, please wait for the BN parliamentary candidate list which will be announced later today.

I could be wrong. The situation is currently very fluid in Johor.

It is without doubt that one of the main aspects of Malaysian life to be affected by the outcome of the coming general election is the Malaysian multi-racial society's ability to share this country.

Malaysians, regardless of race have been sharing this country for more than half a century and at the same time able to preserve their ethnic identity, a privilege not accorded to all in other countries.

For instance, Malaysia is the only country outside China and Taiwan which has a Chinese education system catering mostly for its Chinese populace.

As campaigning grows intense for the past week, DAP are pressing even harder on their Chinese chauvinism platform which they hope will galvanize the community to support them.

Kit Siang has responded to Mahathir's posting with a threat to sue him.

Kit Siang who is going around on the ceramah circuit almost every other night in Gelang Patah over the past weeks has been trying to woo the Chinese crowd by using the phrase "kiasu kiasi" (afraid to lose, afraid to die) in his speeches to describe BN.

I believe that if it is true that Najib wants to field Ghani against Kit Siang in Gelang Patah which voters are 53 per cent Chinese, than Gelang Patah will be the true test bed for the Prime Minister's concept of 1Malaysia.

If Ghani wins, then it will be a testimony that the Chinese as a community rejects the chauvinism propagated by DAP.

They will send a clear message that the Chinese community is willing to accept a good Malay leader to represent them instead of a Chinese leader, no matter how senior he is, who is banking solely on their support because he is a Chinese.

Ghani has serves Johor as a Menteri Besar for 18 years and every honest Johoreans irrespective of race knows that the State has been progressing well under his leadership.

Ghani's policy of distributing development equally between the urban areas largely populated by the Chinese and rural areas dominated by Malays has provided a stabilizing effect which enable Johor to progress and drawing huge investments to economic centers such as Iskandar Malaysia.

Gelang Patah which is part of Iskandar Malaysia benefitted immensely under Ghani's leadership and the Chinese community there knows that this is true.

They also know Ghani well because the outgoing MB has always been in touch with what is happening in their constituency. Ballot box areas in Gelang Patah are the first visited by Ghani when he started his intensive grassroots rounds more than a year ago. He has also been constantly in touch with community leaders in Gelang Patah and visited the areas several more times to solve the people's problems there.

Kit Siang and his DAP supporters will have almost nothing else to campaign against Ghani except for the fact that he is a Malay.

It will be the only trump card they could play with in Gelang Patah if Ghani is to be fielded there. 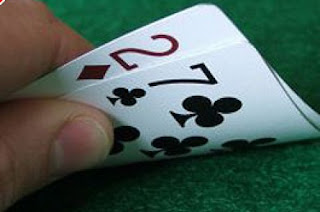