DAP must know of Pas' modification

This is the weekly posting by Ai, formerly of the BigCat blog -

It looks like DAP supremo Lim Kit Siang has made up his mind for DAP candidates to contest using Pas' moon symbol in the Peninsular and PKR' eye symbol in Sabah and Sarawak.

This despite the Registrar of Societies saying that DAP can still use their Rocket symbol even though they are under investigation for manipulating the party's central executive committee election in December last year.

Kit Siang gave two press conferences to tell every one of his decision (last night and this morning) and at both occasions he was so sad that he cried. The 72-year-old-old man was very distraught, it appeared. He sure got lot of tears, I guess.

He blamed MCA for the whole thing.

Poor MCA, got blamed for everything not going the DAP's way these days.

Well, actually, I don't really believe that DAP was forced to abandon their Rocket symbol. No one is forcing them isn't it?

The whole thing is to me is about just them playing the victim game. They know they need all the sympathy votes.

Kit Siang, particularly was very rattled when BN changed their game plan by fielding Datuk Abdul Ghani Othman against him in Gelang Patah.

Just imagine what if he lose to Ghani in that Chinese majority constituency. It will not only spell the end of his career but also more importantly the end of racial politics in Malaysia. DAP's biggest weapon is playing with the Chinese sentiments and if this is broken in Gelang Patah, DAP would not have much left to play with in future.

Now that Kit Siang knows the tide is turning for DAP and their allies, especially among the Malay Muslim voters, I believe that the move by them to show that they are willing to use Pas' symbol is actually to appeal to the Malays to support them.

After all, they know that their hardcore supporters among the non-Malay Muslims have always ready to vote on the Pas' moon symbols and therefore they are not going to lose from that voters bank. You can read about that at Helen Ang's blog here

Anyway, I still think it's not going to work for DAP, because Pas themselves are having troubles of their own.

In fact, Pas is said to have modified their symbol due to some internal problems. So DAP candidates who will be using Pas symbol for nomination tomorrow need to pay close attention to the following due to the modification - 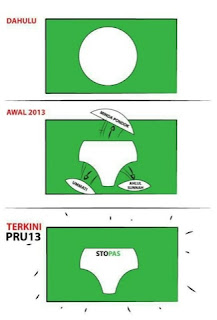 This modification of Pas symbol was initiated by this man, who allegedly is a senior Pas leader 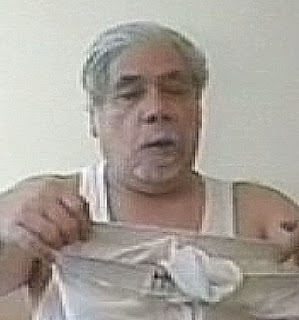 Pas people, however, said that guy is not this guy who is their party's secretary general. 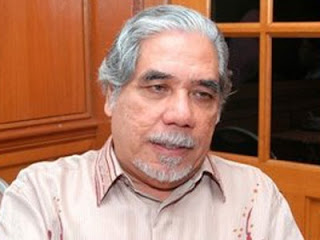