This is an article worth reading, especially by Johoreans. The ways of Datuk Dr Adham Baba reminds me a lot of the good ways of outgoing Johor Menteri Besar Datuk Abdul Ghani Othman - 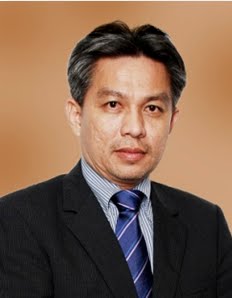 'TURUN PADANG' APPROACH: Adham reveals his secret of keeping close to his constituents in Pasir Raja in Johor

KOTA TINGGI:  Some people may  take the word "service" lightly, but for former Pasir Raja assemblyman Datuk Dr Adham Baba, it is something that must be placed above self.
"For a politician, the word denotes a sworn responsibility to help the rakyat and place their charity and issues first as they had invested great trust in me to lead them," he said.
Dr Adham said this was a key trait of a good leader as well.
"Being a leader or prominent person is not about having the power to move mountains, as some opposition leaders have been actively painting a vague picture of, but to think like the rakyat and place ourselves in their shoes."
Dr Adham said most importantly, it was about ground work.
"To ensure that I meet the needs of all my constituents, I organised several educational, religious, youth, sports and senior citizens programmes.
"An elected representative needs to be smart in planning his activities or programmes for the rakyat, where they get to spend more time and foster good ties."
The former Higher Education Ministry parliamentary secretary said his turun padang approach was what kept him close to his constituents.
"Leaders molded by Barisan Nasional (BN) know what are the needs of the people and we know how to gauge them better.
"In my constituency, I do not practise drawing lines between a politician and the rakyat.
"We must always remember, no matter how high, we are all rakyat ourselves and I made it a point to hear the woes and grouses of my people no matter how small they were."
Dr Adham, who is Umno division Tenggara deputy chief, said the people would know who to elect.
"They will definitely not gamble their future for uncertainties by going for leaders who are only good at taking swipes at BN's efforts.
"BN, through Prime Minister Datuk Seri Najib Razak, has proved its capability through actions.
"What BN has done speaks louder."
Dr Adham said in Tenggara, voters knew their leaders well.
"They want credible and performing leaders who put the people first and they have made their choice clear."
Dr Adham said voters also wanted leaders who were reachable directly and not have them go through middlemen.
"That is why I go to them. They elected me to serve and I do that for them," he said.
Dr Adham credits his capabilities to his family, and especially his late wife Datin Taibah Tabrani.
"She was my pillar of strength and gave me full freedom to serve the people, because being a rakyat herself, she knew that was what she would want from a leader."


Read more: 'A rep needs to think like the rakyat' - General - New Straits Times http://www.nst.com.my/nation/general/a-rep-needs-to-think-like-the-rakyat-1.255610#ixzz2QVvPfvxs
Posted by Annie at 15:19