There is really nothing much new going on with the GE13 at the moment.

Everything seems to be in place now and just waiting for the nomination and polling days.

What were supposed to be said had already been said by both side.

Whatever left now are mere repeats.

There is an atmosphere of lethargy even in the cyberspace. Even the sopo blogs seem to be dull to me of late.

Seriously, I think most had made up their mind and now just waiting for polling and getting the whole thing over and done with.

Or maybe it's just me getting tired or bored with the whole thing. Not everyone else.

Maybe I just need to rest and take off my mind from the whole thing for a while.

Well, maybe I'm not alone about getting over with the whole election business.

Just the other day I went to see a friend at her office in Kota Iskandar, the administrative hub of the Johor government. 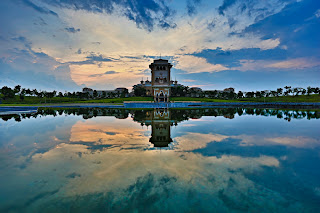 She was packing her stuff into boxes.

"I'm moving my stuff out bit by bit and this room will be empty on the day after the poll," she said.

My friend has been working for outgoing Johor MB Datuk Abdul Ghani Othman for more than half a decade.

She is yet to find a new job.

I asked her if she is expecting "help" from her boss to at least get a new job.

"We, who work sincerely for Ghani are not like that, but don't worry about me as I will be fine. I'm going back to my home in Puchong," she replied.

Well, good luck to her and others like her in Kota Iskandar.