A bit about my Johorean parents (updated)

These comments came in within minutes of this posting. They were send in response to my other posting but I believe they were more because of this posting -

Please note the time the comments were posted. They were send within just 10 minutes after I made the original posting at 03:17 early this morning.
I believe these comments were from the same person assigned to troll my blog as In the Komtar's crosshair. Normally I would spike off comments which insult my parents, but this time I am letting them through so that readers of this blog could better understand the kind of people I am up against. They simply can't stand the notion of someone with my multi-racial ethnic background supporting BN.
By the way, my mother used to be officially a Taoist but actually an atheist before she converted to Islam after she met my father and marry him. She is still as Chinese as the next Chinese despite being a Muslim.

My parents are from Kluang, Johor.

My father is from a Malay working class family.

My mother is from a Chinese working class family.

There is not a shred of similarity between their background except that both are Johoreans from Kluang. 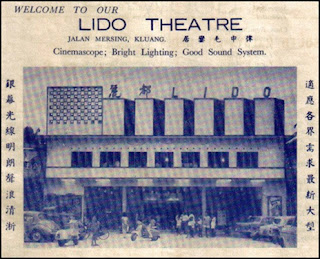 Yet, they met, fell in love, got married and have me as their child.

Nobody can come between them, telling them that they can't be together.

Theirs is a peculiar story, yet still theirs is a Johorean story.

One day I will tell more about their story.

For now, here is a bit of something about where they come from -