Tomorrow is the swearing-in ceremony of members of the Parliament.

DS Anwar Ibrahim who keeps saying that the GE13 was rigged will be among those being sworn in as MPs. Yes, it's the same Anwar who refused to swear about something else even more important.

Any sane Malaysian should realize by now what a load of crap that Black 505 protest really was. If Anwar is really committed to his allegation of electoral fraud, he would not be there tomorrow to be sworn in and instead be in one of those tents at Padang Merbok.

Just judge for yourself those so-called student activists still camping out in protest at Padang Merbok after the failed rally yesterday. Aren't they nuts or what? Don't they have classes to attend? And of course, they are Malays. 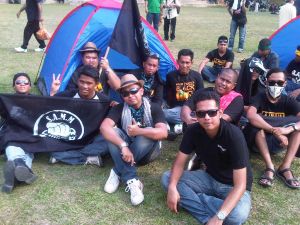 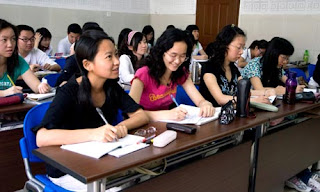 They know when not to waste time on bullshit.

Well, I shouldn't bother myself and wasting time on this matter.

Malays will always be Malays. They are too much into all these rhetorical stuff without caring on doing real works.

But that is the reality about these Malays.

Wake up la Malays....the Chinese look at your screwed up priorities and laugh at you.