I read somewhere this afternoon that the Seremban Umno division had proposed for the party's president and deputy president posts not to be contested in the party election later this year.

Well, I'm not against DS Najib Razak to continue as Umno president and prime minister.

It's just that I remember cheering for him when he announced at the first Umno general assembly after he took over as party president about five years ago that he didn't wish not to be challenged or hold any advantage if there is to be a contest for his post.

It was just after he said that Umno will be as democratic as possible with the introduction of a new voting system for the party election which was to be anchored at the grassroots level.

Yes, I remember cheering and sending a congratulatory text message to one of Datuk Najib's close aide when he said all that.

Of course, my opinion on the matter doesn't count for much as I'm not an Umno member.

It's for Umno members to decide on that one.

However, my inconsequential personal opinion is that, the door to challenge for the Umno president post should always be opened.

Umno should never be like the DAP. The democratic part of the Democratic Action Party is as democratic as North Korea. They can even tweak the result of their CEC election which in itself is not democratic at all.

I very much wished for Datuk Najib to instead do something very profound such as laying down a comprehensive plan to unite the Malays, and Umno members unanimously supporting him for it.

No one is then to challenge Datuk Najib as he has convinced everyone that the Umno's main agenda over the next five years is to unite the Malays under its wing.

The comprehensive unity plan should include the cleaning up of Umno itself so that the Malays could once again want to be with it in securing their future.


That would be ideal, isn't it?

Umno will then remain democratic but stay united behind Datuk Najib.

Wouldn't that be great for the Malays of this country?

But of course, having said all that, I still wish for Datuk Najib to sack all those useless people who advised him prior to GE13, especially those at the Umno's war room.

He should get competent new people with no vested interests to replace those crooked clowns.

I'm still hoping for Datuk Najib to do that.

Okay, enough of my political ramblings for the night.

It's raining here where I am. 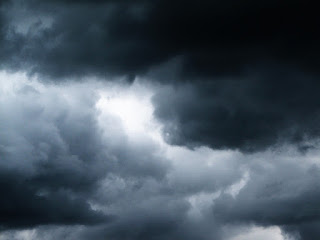 I need to lay down again.

The mild pain deep in the middle of my chest is still there. I think I need to see the doctors again.