Squeezing the Chinese a bit

A friend called just now to tell me that she was stuck in a traffic jam somewhere heading towards Dataran Pahlawan in downtown Malacca city.

Well, I had previously advised her not to drive there on weekends as the traffic would be very bad.

Tourists just love Malacca, especially after the former chief minister DS Mohd Ali Rustam went all out to woo them during his tenure.

On weekends, Singaporeans go to Malacca by the thousands to enjoy the charms of the old Straits Settlement ambiance which their little island had mostly lost to development.

And of course one of Malacca City attractions is the pre-war shop houses and buildings around Jonker Walk.

I used to walk there with someone and have a very pleasant memory of the place.

Now, as for the recent brouhaha over the opening up of the Jonker Walk to traffic, I fail to see it as diminishing the charm of the place.

Obviously the number of tourists going to Malacca is not diminishing because of it based on the moaning and groaning of my friend who was stuck in the traffic jam today.

The general population of Malacca, especially the Malays also don't seem to be complaining much over the issue. Life seems to be going on as usual for them.

The ones who are bitching non-stop over the past week were of course the mostly Chinese street traders of Jonker Walk and their supporters from DAP.

Bear in mind that DAP had led a protest when Ali Rustam unveiled the plan to let the traders set up business there in 2000.

The place has since become famous for those who want to buy fake branded items and other such stuff similar to Petaling Street in KL.

Now, that DAP has become the undisputed saviour of the Chinese, the party and their supporters are going all out to support the traders instead and making it known to all and sundry that the evil Malays of Umno are punishing the Chinese for not voting them.


The other Chinese leaders from MCA and Gerakan had joined the chorus in an obvious attempt of trying to portray themselves as heroes of the community too.

The new Malacca chief minister Datuk Idris Haron had insisted that the move to let traffic once more pass the Jonker Walk was actually to ease traffic congestion.

Well, for once I'm in agreement with the Chinese heroes wannabes of DAP,MCA, Gerakan and others. I agree with them that Idris was just bullshitting everyone.

Idris, I think is really squeezing the Chinese a bit to show them that he is the boss. The message is probably for the Chinese not piss him off as he has no qualm about making life difficult for them.

Idris know he got nothing much to lose as far as the Chinese electorates were concerned as he is one of those who believe that members of the community are going to vote DAP en-bloc again in the next general election.

Under normal circumstances, I would not endorse what he did, but after the Chinese tsunami of GE13, I think he got no choice but to do what he did.

It cannot be business as usual after people who convinced you that they are your friends stabbed you in the back as what had happened to nice Malay leaders such as Ali Rustam and his Johor counterpart Datuk Abdul Ghani Othman.

No matter how disagreeable it was, at least Idris is squeezing the Chinese with just the right amount of force over the Jonker Walk issue. It was not too hard and not too soft. Just enough to remind them that we can have a harmonious and prosperous co-existence if we want to or we can throw all that into the Malacca river and see who are to lose more over such folly.

Meanwhile, there are other Malay leaders who claim to be Chinese friends but are actually plotting to squeeze them even worse once they got the power to rule the country.

Well, at least one of them is already known of having the habit of squeezing Chinese....the wrong way. 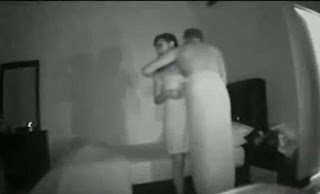