It is Saturday night and I'm totally bored.

Just hanging out at home doing this posting while watching TV, a documentary about Colombian drug lord Pablo Escobar and his private zoo.

I was earlier hoping to spend the day with my mother as I missed her very much, but she was not available.

My father is as usual very busy somewhere.

It is past midnight now as I'm writing this, which means that the new day is Father's Day (third Sunday of June)....but I don't celebrate it.

Well, my father is the one who thought me not to celebrate these sorts of things. It's one of the very few times he defied my mother in matters of my upbringing.

You see, I grew up mostly being under my mother's care. But there were certain things (which were not that many) where my father insisted for me to follow his ways.

My father once told me that it was my mother's wish for me to cultivate the Chinese consciousness in myself.

This was decided even before I was born.

My father had relented and insisted on only one concession, which is I must be a Muslim.

So, I grew up mostly as a Chinese. I even have my Chinese name which is the one used to address me even by my father at home.

Of course, despite that, I don't eat pork or consume anything non-halal.

My father sees to it that I abide by my Islamic faith. Well, not too strictly though as he himself is not too religious as per the conventional standard.

I'm most thankful to my father for trying his best for me in such matters.

My father is actually a very quiet man. He only talks when it is necessary for him to do so, which is totally the opposite of my mother.

Sometimes I wonder how the two of them could fall in love and get married, especially so when considering their very different background.

I always think that my father loves my mother more than she loves him, but my father just gently laughed whenever I told him that, particularly after my mother scolded him over something.

I can't remember my father ever scolding my mother over anything.

When I was a young girl, he would normally hold me and told me not to get upset with my mother for scolding him. He said my mother actually loved him very much and that scolding him was just her way of showing her love for him.

He once pointed out that when my mother converted to Islam and married him, she had made the ultimate sacrifice for him. He said it may not be the most ideal reason to be a Muslim, but such was Allah's will and he was thankful for it, especially after they were blessed with me as their child.

On my part, I'm grateful that I have such a wonderful father who loves me so much. Alhamdullilah. 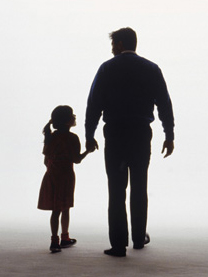 Papa, no happy father's day wish for you, as I'm abiding by what you thought me.

Mama, please treat papa nicely today...don't scold him over anything, ok?
Posted by Annie at 00:33