First, I would like to express my condolences to the family of Kuala Besut assemblyman Datuk Dr A Rahman Mokhtar who passed away yesterday.

Then, there is this matter of having the first by-election just right after GE13, which is hopefully not the start of a series of by-elections as it was after GE12 in 2008. We do want our wakil rakyat to remain healthy and serve the rakyat.

Well, as everyone must have read by now, it's going to also be a very critical by-election for Terengganu as a BN's defeat in Kuala Besut will mean the state will have a hung state assembly with Pakatan and BN having 16 seats each.

If this happens, a snap state election should be the answer to break the deadlock. (It should nonetheless be noted that the State constitution is actually silent on such an instance.)

However, I believe the likelihood of BN losing in the coming by-election in Kuala Besut is relatively low as the late Dr Rahman had successfully defended the seat with a comfortable majority of 2,434 votes.

It was just a slightly reduced majority from the 2,631 that he won in 2008, and considering the currently fractious state of Terengganu Umno after DS Ahmad Said took over as MB, the late Dr Rahman actually did well to win by that margin.

The constituency has over 17,000 voters. 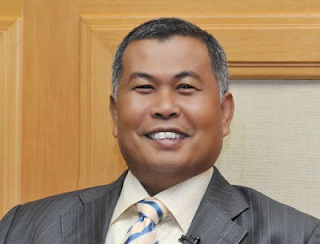 Now, everyone in Terengganu that I know admitted that Ahmad Said is not really a good MB or State Umno chief.

I admit that I'm not an expert of Terengganu but the signs were too obvious that Umno in the state need a change of leadership.

For those who choose to disagree, please tell me, what had Ahmad Said did for the State over the past five years and what had he done to reunite Terengganu Umno?


His appointment as the Menteri Besar had divided Umno in the State and this was obviously the main cause for the poor Terengganu BN's performance in GE13.

For those not familiar with what had happened in Terengganu after the GE12 in 2008, here is a short summary from Wikipedia which I think is quite accurate,
Menteri Besar appointment crisis

And now Ahmad Said had refused to let go of his post even after the near disaster for Terengganu Umno in recent general election where the number of BN's seats in the 32 seats state assembly was reduced from 24 to 17, paving the way for the possible hung state assembly after the coming Kuala Besut by-election.

I had heard of sinister stories about Ahmad Said's refusal to step aside as MB but to be fair, I choose not to repeat such hearsay here.

Thinking about it, it did dawn on me that it would not be such a disaster for BN to lose the coming by-election in Kuala Besut.

Maybe it is good to have a snap state election after that so that Terengganu Umno could have a proper change of leadership.

At this point, Umno really needs selfless leaders to carry on with its struggles.

Everyone in Umno should acknowledge that the days of party warlords preserving their selfish vested interest at the expense of agama, bangsa and negara were over.
Posted by Annie at 12:10