A real story of Sino-Malay friendship

I got this one from Wikipedia.

It's a real story of Sino-Malay friendship.

But, of course it's an old story and during a period when the Chinese were real Chinese and the Malays were real Malays, who honor each other and kept their promises to each other.

They were very unlike the hypocritical backstabbing racial chauvinists posing as anglophile liberal crap heads of this country these days.

This is the story - 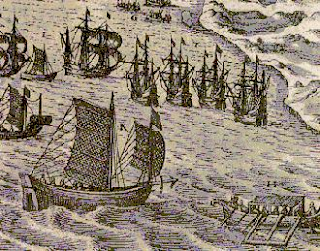 Chinese traders boycotted Malacca after it fell under Portuguese control, some Chinese in Java assisted in Muslim attempts to reconquer the city from Portugal using ships. The Java Chinese participation in retaking Malacca was recorded in "The Malay Annals of Semarang and Cerbon"[12] trading the Chinese did business with Malays and Javanese instead of the Portuguese.[13]