Life goes on while the nonsense continues

It's exactly a month today since GE13.

BN has won, yet Pakatan said it was via electoral fraud.

DS Anwar Ibrahim and his gang were planning to take us on another five-year-long roller coaster political nightmare of street demonstrations and hate mongering.

DS Najib Razak on his part seems to be trying to play it cool.

I'm bracing for more of these nonsense.

On a more personal level, I'm trying to reorganize my life.

My career is in a state of uncertainty. I'm not really sure if I still have my job in a few weeks times.

The irony was that I'm currently helping others to find employment opportunities.

They are my friends among people of former Johor MB Datuk Abdul Ghani Othman who had been displaced following the take over of their office by the new administration in Kota Iskandar.

There are however not that many of them.

Datuk Ghani didn't run a big outfit of advisers, strategists and consultants. He didn't even appoint a new political secretary after Dr Gunawan Mahmood passed away in September 2010.

In my opinion, the small team which assisted Datuk Ghani did well in the face of the Chinese Tsunami of GE13.

They worked hard and were loyal to their boss, without expecting more than their salary. They are good people.

Johor BN retained 21 of the State's 26 parliamentary seats. Of those lost, four were Chinese majority constituencies (Gelang Patah, Kulai, Bakri, Kluang) and another mixed (Batu Pahat). It could has been 22, but the Umno's war room in KL overruled the Johor's recommendation not to field incumbent Batu Pahat MP Puad Zarkashi. That was how Batu Pahat was lost.

The Datuk Ghani's team had forecasted up to 16 of the 56 State seats to fell to Pakatan. These were Chinese majority seats. It turned out that 18 were lost. What were not expected was Umno's failure to capture Sungai Abong and Maharani from Pas. It's the Muar factor - too many "smart" Malays stabbing each other in the back.

Still, Johor BN retained it's two third majority in the State legislature. Johor MCA still has four parliament seats, which is more than half of the seven the party won nationwide. The almost dead Gerakan also has one parliament seat to show off in Johor.

For the record, the new team led by DS Mohd Khaled Nordin, the new Johor MB defended Pasir Gudang with the result of a reduced majority of less than 1,000 votes, lose the Johor Jaya state seat and only retain Permas where Khaled is based. Well, good luck to them in defending the entire Johor in GE14.

As far as I know, all senior members of the Datuk Ghani's team had left Kota Iskandar. As I had mentioned earlier, I'm trying to help some of them who are still without a job.

Those left at their posts in Kota Iskandar are a small group of junior officers. Their fate is still unknown. Hopefully everything will turn out well for them. The last that I heard was that senior members of the JCS are trying to help them.

As for Datuk Ghani, I hope he will also get a new job soon. He is still healthy and shouldn't be too laid back. Maybe he should become a farmer. I wish I could be one when I'm done with my current job.

I wish I can grow tomatoes and keep a heard of goats. 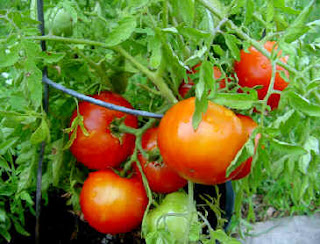