What can Johor Umno gives to Johor Pas?


Anonymous4 January 2016 at 01:54
Aiyaaaaa...why all this fighting....both pro government right?
or rather you want DAP to take over?
we just enter 2016 n u ladies already at each others throats.
between najib n tun...they are both NOT perfect la...so stop bickering n start working with one another....stop wasting our time too....

I think the commentator has a point. I have been wasting not only my time but the time of readers of this blog too.

So, from now on I'm going to stick to my argument and not layan anything other bloggers throw at me.

They want to whack me, that's up to them.

I will try to mind my own business.

Johor Pas contested 31 out of the 56 state seats in the last general election and they won only four.

On the other hand, Johor Umno contested 34 out of the 56 state seats and won 32.

Sungai Abong and Maharani are located somewhere in Muar and have been with Pas since 2008.

The Pas guys who won there defeated Umno guys.

It seems that these are the only places in Johor where Pas guys can beat Umno guys in a Malay majority area.

Sungai Abong had 51 per cent Malay voters while Maharani had 55 per cent.

Muar Malays can be a bit funny.

As for Parit Yanni, the Pas guy there defeated a MCA guy in a Malay majority area (54 per cent). I think the outcome would have been different if an Umno guy contested there for BN.

For parliament, the Islamist party contested eight out of the the 25 seats in the state and it lost all of them.

Johor Umno contested 17 out of the 25 parliament seats and won 15.

So, that's the balance of power between Pas and Umno in Johor.

Now, is it really beneficial for Johor Umno to cooperate with its Pas counterpart?

Can Johor Pas contributes much to Barisan Nasional if the party decides to be friendly with the coalition?

BN's problem in Johor is still largely the non-Malay voters, especially the Chinese.

Most of the constituencies lost to the opposition are non-Malay majority areas.

Out of the five parliament seats lost to the opposition, only Batu Pahat has a Malay majority at 52 per cent.

It was lost because the Umno headquarters refused to listen to the recommendation by Johor Umno liasion committee for DS Puad Zarkashi to be replaced due to intelligence reports which indicated that a lot of voters in Batu Pahat are not happy with him.

He was defeated by a PKR guy, for God's sake...PKR is a non-entity in Johor, okay.

And now Puad has been made the head of the strategic JASA....Jesus...peace be upon him....what else can I say.

The other parliamentary constituencies lost to the opposition are the Chinese-majority Gelang Patah, Kulai, Kluang and Bakri. all went into the DAP's basket.

So, Johor Umno working with Pas can get back all these lost non-Malay majority constituencies?

I don't think so la.

And now we have people going around being so intelligently gung-ho telling Johor Umno to kick out its own members and supporters who are unhappy with the party president and replace them with Pas people.

How are they going to do that?

Make a death list for those to be executed, is it?

Come on la, Johor Umno people have always been mostly loyal to the party even if they are not happy with certain leaders.

Johor Umno was intact in 1999 as it delivered 100 per cent success in the general election that year  despite the Reformasi troubles caused  by DS Anwar Ibrahim at that time.

Johor BN actually won all the state and parliament seats that year.

In my opinion, Johor Umno can hold the state on its own. It doesn't need Pas.

I am not a big fan of DS Mohd Khaled Nordin, but I will really pity him and the rest of Johor Umno if they are forced to cooperate with Pas. 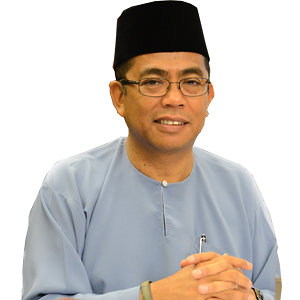 Pas will naturally want something in return for the cooperation. What can Khaled offers them?

Let say Johor Pas tells Khaled it wants just one parliament safe seat to contest in the next general election.

Which seat it is to be given to them?

Any Johor Umno divisional warlord willing to give up his/her sure win parliament seat to Pas for the sake of Umno-Pas cooperation?

How about if Johor Pas ask Johor Umno to give way to their candidates in several state constituencies in the Malay heartland?

You think that can work out?

Which Johor Umno division willing to do that?

Let's not even talk about the Johor Umno grassroots.

Do you really think they can stomach having a Pas guy as their wakil rakyat while they know they can have their own man for the post.

It's already a major problem for Khaled Nordin to persuade the Johor Umno divisional warlords to give up Malay-majority electoral seats to fellow BN partners, MCA, MIC and Gerakan.

What more if he has to give up seats to Pas, which despite the possible cooperation will not likely be part of BN,

Going by the logics of those who advocate the "either you are with us or against us" dogma, Johor Umno is supposed to dispose not only its "rebellious" members and supporters but also the neutrals who support the party but refuse to be on Najib's or anyone's side

They argued that it's okay to do that as the vacum can be filled up by Pas after a cooperation with that party.

In actual fact, that will weaken Johor Umno and make it dependent on Pas for survival.

Isn't it better to win back the support of those unhappy members and supporters instead of surrendering Umno's sovereignty to Pas just to live up to some idiotic soundbites such as "We don't take prisoner"?

But of course this suggestion is just from me, an insignificant anonymous blogger.

On the other hand, bloggers who want Umno to impose policies such as "Either you are with us or against us" are the prominent ones.

Their blogs are also canggih.

Got fascinating charts and graphs.

(Note: I lauded other blogs as being more sophisticated and credible than mine)