I removed several links of sopo blogs from here the other day.

It's not because all of those removed are bad, but it's just that I have decided to reduce my intake of politics.

There are still such as that of my blogging captain Rocky and friend JMD to keep me in touch.

I think reading their blogs is good enough for that.

Those cool guys are okay.

I'm done with reading the writings of crazy people.

Don't want to be one myself.

That's especially so when a crazy person was mistaken as an authority of what he/she had written.

I think there are lots of such cases among those who write politics in this country.

Then there are those paid hacks who write utter garbage just for money.

Actually too many of them.

So, the best way is to avoid them.

Why should I continue to poison my brain reading them.

I just read the cool guys' blogs from now on.

Even that, was just to keep myself informed.

I don't necessarily agree with them.

As for my own writings, I think I will try to keep to current issues and what's happening around me rather than politics per se.

What I write, as it has always been, are merely my opinion based on my observations.

Unlike others, I never claim nor feel that I'm one of the "great minds", who knows everything and can never be wrong.

If I'm wrong, I will admit that I'm wrong.

I'm just a human with weaknesses.

So, if you read my writings, please think carefully about it instead of going straight into believing them.

Unlike some others, I don't demand for you all to believe me.

Just for your consideration, okay.

Anyway, this blog of mine was also meant as a platform for us to have some fun.

So, I don't think it's much fun if I'm the only one who is always right all the time, isn't it?

That's like being in a depressing communist or totalitarian country.

Anyway, I have also decided to increase the number of non-sopo ones in my blogroll.

These two are very nice ones on gardening and agriculture : 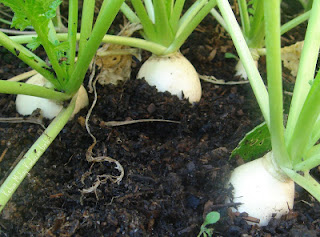