"Are they going to get rid of Tok Nan after Mukhriz?" he asked.

"Eh, I'm not writing politics anymore lah. How would I know." I replied.

Still, my friend insisted that there seems to be a move to remove Adnan before the next general election.

"They are playing up the bauxite issue to get at him la," he said.

"Ish, they have been playing up all sorts of issues in Pahang all these while what, but Tok Nan is still there," I retorted.

Well, as far as I know Adnan has survived  all sorts of attacks in the past, such as during the great uproar over the Cameron Highland environmental fiasco and illegal logging issues.

The guy is a bit of a maverick and never shied away from confrontation with even powerful media organisations such as Utusan Malaysia and TV3.

He even once told Utusan to "go to hell" in the State assembly for what he deemed as "bad journalism" over reports of illegal logging in the state.

Adnan was also among the few Umno leaders who have been consistent in his stand such as opposing DS Anwar Ibrahim even during the letter's height of power as the party's deputy president.

I was actually informed that there's not much Adnan can do over the bauxite issue due to the "extra ordinary circumstances" which surround it.

Even his more "well informed" critics know about it.

It's one of those things that you know about but can't say aloud.

And of course, some seized the opportunity to attack Adnan, as usual.

Anyway, I don't want to get involved in all that.

I have not even seen Adnan in person for quite a number of years.

He used to be quite nice to me.

He may be rough round the edges, but has a kind heart. 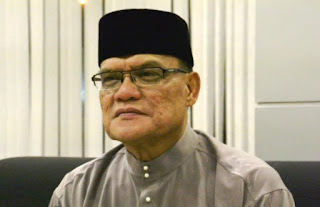 Later today I'm riding up to Kuantan for the weekend.

As I previously wrote, I wanted to go along the scenic coastal trunk road.

For me it's the best stretch of trunk road in the country.

It's challenging but fun.

To Singaporean readers of this blog who are keen on going for a weekend road trip, I highly recommend you all to try the stretch.

You wouldn't get the same experience driving or riding along other stretches in Singapore, Malaysia...or even Batam.

It's only for day time driving though.

At night, most of the stretch would be very dark and scary.

Some said even got ghosts one....hahaha.

Traffic along the stretch is relatively light after you passed Kota Tinggi.

Just cruise along instead of trying the twisty road too hard, especially for the stretch from Kota Tinggi to Endau.

It's better fun that way.

And do try to stop at the famous stalls selling udang galah (Macrobrachium rosenbergii ) dish at the junction to Muadzam Shah along the Rompin-Pekan stretch.

It's the best place to try the dish.

My favourite is the stall under a huge tree just before the junction. 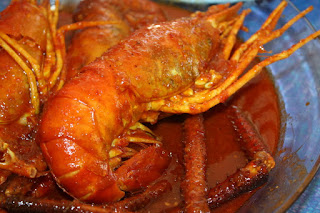 Also be careful a bit along the Rompin-Pekan stretch because there were sometimes lots of animals crossing the road.

I had once hit a pregnant goat near the small settlement called Nenasi, a few kilometres from Pekan.

Even once saw a full grown cow flying over a car after being hit by it along the stretch.

Then there's the wild boars, which can be quite a nuisance once in a while if you are driving in the late evening.

Drive or ride at a moderate speed and you should be okay and may enjoy the scenery.

Once you reached Kuantan, there are lots of very nice accommodation such as beach side hotels, chalets and such.

Just google and do your booking first, okay.