Getting ready for CNY

Earlier in the day, someone took me for lunch at Warung SA.

It's at Jalan Abdullah Tahir.

I had Nasi Seafood Daun Pisang. 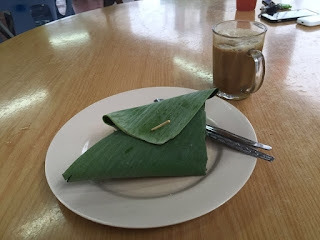 You all should try it if you are in JB.

After lunch I went to Taman Sutera to do a bit of CNY shopping.

Not much work so can ponteng a bit.

My mother told me to get some new year decoration stuff for our family home. 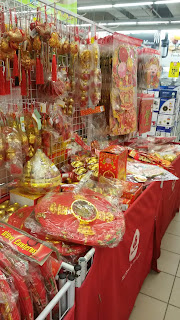 Actually it's my usual routine every CNY.

But this time I just bought what my mother asked me to get.

Normally I bought some stuff for my office too but now my new workplace has no Chinese.

It's an all Malay team.

My former work place have a few Chinese, so I had an excuse to decorate the place a bit for the occasion.

I enjoyed doing it.

Even though most of my colleagues then were Malays, they didn't mind me doing that.

My Chinese colleagues somehow didn't take the initiative to get the decorations, probably because they didn't feel comfortable doing so as it may look as if they were imposing their Chinese stuff on the others.

They were after all the minority in the office.

But when they saw me putting up the decorations, they seemed happy to help me do it.

Some of my Malay colleagues would then joined us and it was quite fun.

Last year, my former big boss even allowed me to paste the rhyming/spring couplets at the entrance of our office. 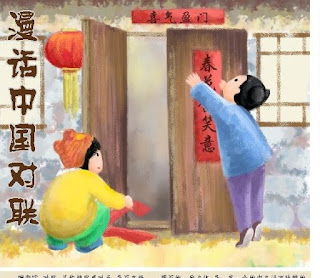 It made the place looking quite a bit like some Chinese establishment.

Actually, the wording of the couplets which I put up then were not really suitable for an office but none of my Chinese colleagues  can read the characters, so no problem there.

They were just happy to have the decorations which bring some CNY atmosphere to the place.

I do wonder who among my former colleagues who will take the initiative to decorate the place this year.

I think I'm going to miss my former colleagues quite a bit this time.

I'm driving down to Singapore to fetch my grandmother and little aunt after work.

We are going back to Kluang to clean up the family home and prepare it for CNY.

My mother is driving down from KL to join us.

It's going to be a busy weekend.

But we will enjoy it.

Especially the mahjong sessions at night
Posted by Annie at 23:32