Had a farewell lunch with an old friend yesterday.

We were part of the team which prepared the defence of Johor in the run up to the last general election in 2013.

My friend worked the hardest in the team and made the biggest sacrifices.

I respect and admire him for it

He called me right away in the morning after reading my last post in which I said I'm going back to Johor.

During lunch I explained to him in greater details why I needed to relocate back to JB.

I also explained why I am not defending Umno anymore.

I can sense that my friend was sad about me not defending Umno anymore but he said he understood why I made such a decision.

My friend loves Umno  perhaps a million times more than me.

He spend his entire life with Umno and basically dedicated it to the party.

But he is now totally out of politics.

He hardly even goes back to Johor anymore.

The powers that be has made it clear that he's not wanted in the state anymore.

But still he said he was worried about Umno and the state of the country all the time. 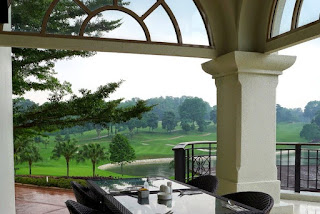 His was the classic case of most of my friends who were in my team which defended Johor in 2013.

We did our best but once our works were done, we were cast out.

We still love Umno but the people in control of the party had made it clear that they don't want us anymore.

The manner of our departures were actually rather sad.

For instance, I got another friend who worked in Kota Iskandar who was literally escorted out of the building after it was made clear that she was not wanted anymore by the new administration.

That friend of mine played a crucial role in intelligence gathering to ensure Johor BN's resources were properly distributed on the ground to counter the opposition, especially DAP.

She's very good at what she does and no one could have done what she did for Johor Umno and BN at that time.

But that's how the current Umno works.

The way I see it, they don't care about loyalty, hard work, intelligence and sincerity of those who put their best effort for agama, bangsa and tanah air.

Now it's a case of if you disagree with the boss or refuse to kiss his ass, you are out.

They prefer even mercenaries whom they can control to do what they want, even if it actually damaged the party.

In the case of my Johor team, they were not even against the boss, yet still they were out.

You can read my ranting on it at this old post of mine,

I also had dinner with another member of my former Johor team last night who wanted to say goodbye.

The guy whom I consider the captain of my team is also out of politics for good.

He is perhaps the best political strategist that I have ever known.

Another good, sincere and honest person lost to Umno.

We talked about the good old days when we worked together to defend Johor.

We have no regret though.

It was a tough fight and our sacrifices were not appreciated, but we agreed that the effort we put in it was worthwhile.

"We should be glad that our conscience is clear.  It was the right thing to do....at that time," he said.

He noted that I was actually the last one in the team who was still actively defending Umno via this blog.

The rest have moved on with their life.

As I previously wrote, I don't want to be in the new Umno order of "either you are with us or against us".

There are already people labeling me as "protun" who must be destroyed, even though I had not written a single word calling for the resignation of PM DS Najib Razak.

I suspect I became "protun" because I always described Tun Dr Mahathir Mohamad as "a handsome old man" and defended the elderly statesman whenever he came under attacks because I don't want the divide in Umno to worsen.

Apparently, for that, I must be eradicated.

So, before they kick me out, I better jump off on my own and save them the trouble.

My last contribution to Umno.

Anyway, to be honest, I'm already tired of writing all these heavy duty political stuff.

It's not fun anymore anyway.

I have seen all those nice blogs about fashion, music, movies and even how to do a bit of farming in the compound of terrace houses and I think the bloggers who operate them are much happier than sopo bloggers.

I think they are also nicer people.

Not much aggravation for them.

I planned to be something like them at my new place in JB later.

I may not be able to avoid politics 100 per cent because everything in this country is related to it, but I will try my best to keep it at a minimum.

By the way, my friend who had dinner with me asked what would I do if BN lose the next general election.

I think I had done all I can.

Driving down to JB later this evening.
Posted by Annie at 13:01