About big headed Red Queen and being pro-cool

Someone played the DVD of Tim Burton's

It's actually a really amusing movie.

Somehow during last night viewing, it struck me that the Red Queen resembles someone that I used to like but not anymore.

Lonely, unloved, insecure, but then later on got big headed with the little power given to her.

And she wants to chop off the head of everyone she doesn't like.


Actually, I like the Red Queen at the start of the movie as I found her quite cute, but later on she turned a bit too nasty towards the end.

Anyway, I don't really like her rival the White Queen either as I found her rather irritating.

Bad guys in movies tend to be stupid while the good guys were most of the time annoying.

So, guess I'm also a neutral as far as movies were concerned.

Not pro this or pro that.

By the way, I like that Cheshire Cat character. 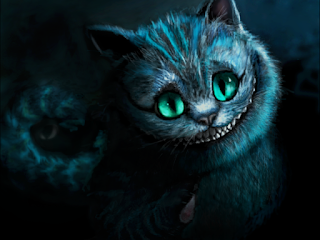 The cat is cool.