NST being brave on Maznah

I started a poll on the Wanita Umno chief race about 24 hours ago.

As you may observe on the top right corner of this page, Datuk Maznah Mazlan had surged ahead of her rivals, incumbent DS Shahrizat Abdul Jalil and Raihan Sulaiman.

As I'm writing this, Maznah received 85 per cent of the 215 votes casted so far, ahead of Raihan's 12 per cent and Shahrizat's 2 per cent.

But this is still early days as the poll will run for another 10 days.

Maybe Shahrizat's supporters will come to this blog in huge number in the coming days and set things right for her. I hope they do.

I still think that she is going to win despite Maznah's very good start in my poll and support from people like myself.

Anyway, Maznah also appeared to be getting some subtle support from the sole genuinely pro-establishment English newspaper in this country, the NST. 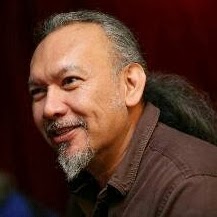 You may read this article by the newspaper's main Sunday political columnist Shamsul Akmar (pic) here,

Maznah's not your typical 'makcik'


Further, what has been developing since before the general election and in this run-up to the party election, is a major disconnect between the Umno leadership and its grassroots.
Or has the Umno leadership taken for granted scandals, perceived or otherwise, that are associated with some of its leaders which had wide and far-reaching impact, and that its failure to take quick and decisive measures, had subjected party members to ridicule and contempt?
While the top two Umno leaders -- the president and deputy president -- are spared from being challenged, the vice-presidencies and other posts are being contested all the way down to the branches. Is this an expression of discontent albeit members exercising their democratic rights?
Whether the Umno leadership wants to recognise it or not, there is a sense of helplessness among members and Malay/Bumiputera supporters who feel that it lacked the urgency and probably even the ability to deal with the suffocating political environment which had been felt since before the general election.

That's rather brave of the NST to publish the article, especially the last paragraph there. The editors do not even seem to care about the fact that Shahrizat, the incumbent being said to be the preferred choice of the Umno leadership.

You may read a sample of that part about  the "sense of helplessness" among members and Malay/Bumiputera supporters as mentioned by Shamsul Akmar in this posting by a blogger who used to be very pro-Umno and pro-BN,
Nauseating

That should explain why challengers who are going against incumbents preferred by the party leadership such as Maznah and vice-president candidate Datuk Mukhriz Mahathir appeared popular in polls such as those in this blog.

Anyway, here is another article published recently in NST which suggested that the newspaper is indeed seem to be quite favorable of Maznah's candidacy, or at least for Shahrizat to be challenged,