I remember Datuk Maznah Mazlan most for an incident at a function in Kuantan many years ago.

I was singing on stage and she was laughing so hard because of it that her face turned very red. 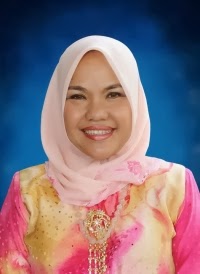 You see, I'm actually tone deaf and can't sing at all. However, I was forced to perform a number for that function by everyone present and when I obliged, it turned into a comedy horror show.

It was a dangdut song, complete with a bit of dancing.

Maznah and her husband were guest of honor at that function.

My impression of her at that time was that she is a pleasant and very sporting lady.

Yesterday, I was pleasantly shocked when it turned out that she is challenging Wanita chief incumbent DS Shahrizat Abdul Jalil.

Her nomination papers were filed just 10 minutes before the closing of Umno election nomination process.

I guess she had wanted to avoid being pressured by certain quarters not to contest against Shahrizat.

I pray that she will stay the course.

If not for her candidacy, I would had written off Wanita Umno.

The other contender for the post is Raihan Sulaiman, a feather weight candidate who is not a serious contender at all.

Maznah, who is a loyalist of former Wanita chief DS Rafidah Aziz on the other hand is a really credible candidate and have a support base of her own within the movement.

She is in fact even more credible as a challenger than former Puteri chief DS Azalina Othman who had earlier voiced her intention to challenge Shahrizat but pulled out a few days ago.

Even if Maznah eventually lose in this contest, at least her candidacy would dispel the perception that Wanita is a movement devoid of credible leaders that it has to accept Shahrizat as being the only choice to led it.

Meanwhile, the three Umno vice-president incumbents have formed an alliance to maintain the status quo.

DS Hishammudin Hussein, DS Shafie Apdal and DS Ahmad Zahid Hamidi tried to deny that they will be working as a team but even a person with only half a brain would know that they were just so full of shit when they said that.

And their target is definitely Datuk Mukhriz Mahathir.

I will write about this in detail in my next posting.