Glad that we got our priorities right

This just came in via NST SMS alert :

NST 15/09 India successfully test-fired for second time a nuclear-capable missile that can strike the major Chinese cities of Beijing and Shanghai. AP

I do wonder why India needs such a weapon. Is China such a serious threat to its security?

I think it's a bit crazy. Why waste so much resources? Why can't India instead use those resources to improve the life of Indians who live in these sorts of places instead, 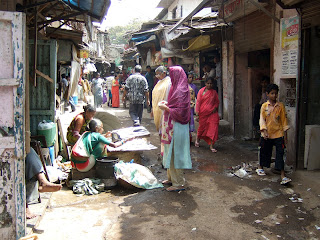 There are millions of them, actually. I've been to India and saw for myself how those people live in the slums of Mumbai, Delhi and Chennai. It's unbelievable that they can actually live in those places....and then they have their government spending billions of dollar on weapons of mass destruction which would probably never be used anyway.

I'm glad that Malaysia don't feel the need to be too militarily strong to the point of wanting a weapon which could wipe out the life of millions of people.

It doesn't matter to me what they say about our government, as for me it did the right thing by giving priority on things such as education ever since we achieved independence half a century ago.

I can't remember our defense spending exceeding more than five per cent of our annual budget.

Instead, after the implementation of the New Economic Policy, the focus has always been at improving education and wiping out poverty. To a certain extent, we have been successful. Of course there are still works to be done, but for now I believe we are moving in the right direction.

As for defense spending, I think Malaysia should from now on concentrate on bolstering the defense of our territorial water, especially the South China Sea, where we should defend our territorial claims there. 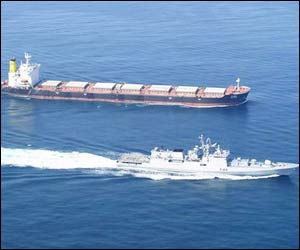 It is better to focus our defenses there than spending billions of ringgit trying to rival our immediate neighbors who would most likely be our allies in a time of conflict.

ps/ The picture of a warship escorting a tanker above comes from this story,