How dead evil men should be handled

There was once this man, 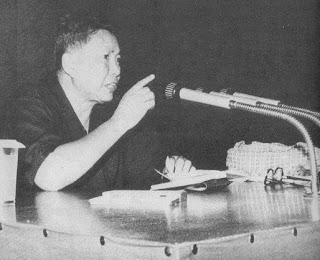 His name is Pol Pot.
He was a Cambodian communist.
He ordered the killing of up to 2.5 million of his fellow Cambodians in the 1970s.
At that time there were only about eight million Cambodians.

Then he grows old. He lost his power and lived in the jungle and hunted by his countrymen who wanted to punish him for what he had done. 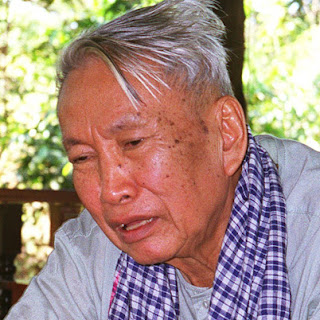 Then he died a pathetic death. 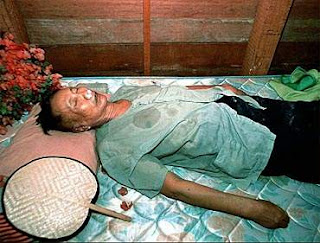 This was how they disposed his body. 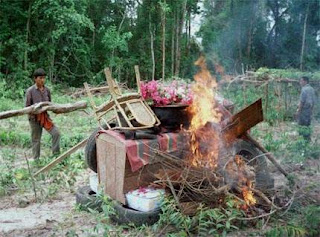 What? Chin Peng died?
Okay, just burn him like they burned Pol Pot. And make sure they burn his chair along with him...and his household garbage too.
Posted by Annie at 11:43