A possible dark horse from Sabah

I believe that if given the chance to vote in the coming Umno elections, Big Dog will vote these three leaders as the party's vice-presidents.

The poll I'm conducting in this blog at this moment indicates that Mukhriz will win hands down if he chooses to contest for the vice-president post. Zahid should be in second place. (Please refer to the top right corner of this page, below the Malaysian flag)

Musa is however not in my list of candidates in the poll because he has not voiced his intention to contest for the post nor he is my special choice for the vice-president post. 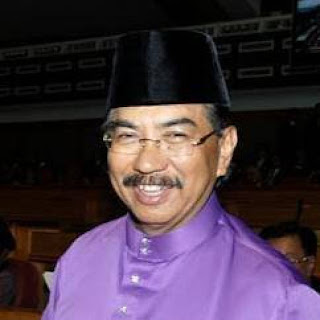 Nonetheless, I think Big Dog has a point and after some considerations I decided that Musa is indeed a viable candidate to be an Umno vice-president.

This is what Big Dog wrote about Musa at the above link,

"Another champion is Sabah Chief Minister Dato’ Seri Musa Aman. He delivered Sabah, against the fallacy that ‘The Land Below The Wind is for Anwar Ibrahim’s taking’. Sabah BN managed to win 22 out of 25 parliamentary seats contested and by far is the best result in 13GE.

"14 out of the 22 seats won are UMNO candidates. This also means that Sabah UMNO contributed 16% of UMNO’s standing in Dewan Rakyat.

"The system Musa employs for Sabah is very effective. As UMNO State Liaison Chairman, Musa ensures that all divisional heads report to him monthly about progress in their constituency. Funds are systematically channeled to the divisions, so that all party programs are ensured."


I had actually just now tried to include Musa's name in this blog's Umno vice-president poll but discovered that I can't amend it once the voting started.

So, I think I leave it all just like this as far as Musa is concerned. If he is truly good and decides to contest for the post, I would like to wish him all the best.
Posted by Annie at 00:06