I want to touch a pig, Dyana denied touching other things


Today there was an event called "I want to touch a dog" at the One Utama shopping Complex in PJ.

It was organized for those who want to overcome their fear of dogs.

At least that was how it was publicized.

The media went gaga about it.

Well, it was not because a lot of dog fearing people managed to overcome their fear of dogs after attending the event, but rather because many Malay Muslims turned up to pet the dogs at the event.

I believe most of these Malay Muslims are not afraid of dogs but rather have not been touching dogs because their religion put quite a bit of hassle for them to clean up after that.

That is how it should be according to the traditional Islamic interpretation on the matter.

I actually have no problem touching a dog.

To me it is no big deal. I pet a dog almost any other day.

But for most, I guess it was a big deal to see Muslims touching a dog.

That seems the way the media was reporting the event.

The Star,
Touching success at dog show for Muslims

and my favorite is this one by Rakyat Post,
'I received hate messages' says dog event organiser

It's my favorite because of this part:
Among them was Yazlina Yazid, 48, who attended the event with her husband and their two dogs, Ayoub and Atan.
“This is a wonderful event and through this, we can see that all Malaysians, including the Malays, are kind and compassionate, even to animals."

Hmmmm....we can see that all Malaysians, including the Malays, are kind and compassionate...

What? It needs the Malays to pet a dog to be seen as kind and compassionate...like other Malaysians, is it?

By the way, why does it that the Malay names of the Malay lady's dogs were mentioned but the name of her husband was not deemed necessary to be reported? Weird isn't it?

Malays in a way are quite pathetic sometimes.

Okay, I hope some one can organize a "I want to touch a pig" event after this.

I also hope many Malay Muslims will turn up to touch the pigs so that others will see them as being even more kind and compassionate....like other Malaysians. 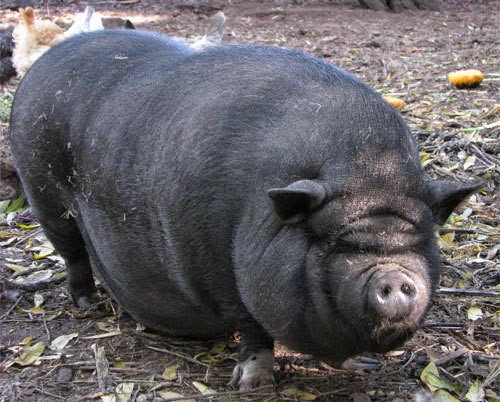 Honestly, I have never touched a pig before.

In fact, I also haven't touched a lot of other things....hahaha...okay, one at a time.

As for other stories about touching, touching, you all can read this report by the best selling English newspaper in the country The Star, complete with a picture :