The need to convincingly explain 1MDB

"I don't think you should worry too much over such issues. BN should be okay as Pakatan is in a lot of trouble now with Pas, DAP and PKR quarreling with each other. Anwar is also likely going to prison soon," he said.

I told my friend that Pakatan being in trouble is not going to change the negative perception of many people towards BN.

BN needs to fix itself first

if it wants to regain the same amount of support it used to enjoy prior to the 2008 general election.

BN, in particular the Umno people, need to understand that they cannot afford to ignore calls, especially from within its own side of the political divide, that they need to change the perception of themselves being corrupt, selfish and uncouth.

For instance, Umno people need to realize that Bung Mokhtar Radin may be popular in his Kinabatangan constituency but his not so nice image had caused considerable damage to the party elsewhere. 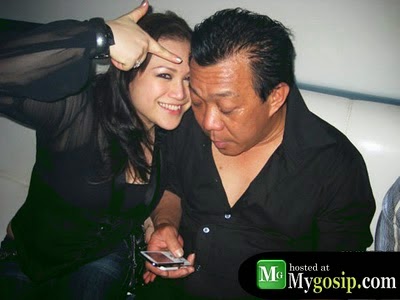 Then there's Shahrizat Abdul Jalil who may be the most popular Wanita Umno chief among members of the party wing, but the negative image that she carries after the lembu condo fiasco has stuck with her and it's hurting Umno quite badly till now.

There are many others in Umno similar to those two.

Seriously, the young and educated, in particular Malays don't want to be led by such people.

They despise such people and don't want to be associated with Umno because of that.

Umno in particular could never hope to regain the middle ground being represented by them.

The party needs to clean up its image from all the dirts, real or perceived, if it's really serious about what its president DS Najib Razak described as a "political transformation".

It also can't afford to be embroiled in any other major scandals.

The 1MDB issue may likely be one of those and thus needed to be cleared up properly before it spirals out of control and ended up similar to the Shahrizat's lembu condo fiasco.

Once it had reached that level, then all may likely have been lost.

Shahrizat may not be guilty of anything, but the perception against her has been so negative that no matter what were done to correct it, people in general still believe that she was involved in getting her family members the lembu deal.

As for the Pakatan's troubles following the Selangor crisis, I don't think it will hurt them that much.

Chinese support for DAP is still as solid as ever.

Pas recent saber rattling in the face of DAP may even won them some extra support from the conservative Malay ground.

PKR on its part is set to be rejuvenated soon.

Yes, if Anwar is really going to jail, it may actually help PKR rejuvenates itself.

The young ones such as Azmin Ali, Rafizi Ramli and Nurul Izzah Anwar will no longer be dragged down by Anwar's political baggages once he is in jail.

As I had written previously, Umno and its BN allies can only win the fight against Pakatan in future if they can show to the people that they are still the better option.

And to do that they must go into the fight with clean hands.

They must convince the people that they are the good guys and prove that things that they initiated such as 1MDB is actually good for the rakyat.
Posted by Annie at 23:02