Full text of Najib's speech at the MCA AGM

I think it's good that the newspaper had done that as it helps the people who read it to understand better what Najib was really trying to say.

The bits and pieces reports by pro-Pakatan media had manipulated the speech as I had tried to explain in my last posting,

I believe the full text of Najib's speech should be read by especially Umno people who are angry with him for what they perceived as him being too soft on the Chinese.

The Chinese should also read it to understand better how the PM had tried so hard to convince them that he does care for their community and is still trying to help them even at the risk of incurring the wrath of the Malays following the Chinese tsunami in GE13.

I am republishing the full text of the speech here as I know most of you will be too lazy to even just click on the link to read it. I hope NST doesn't mind me doing that without seeking its permission.

Najib had delivered this speech "off the cuff" and there is no official version of its text. 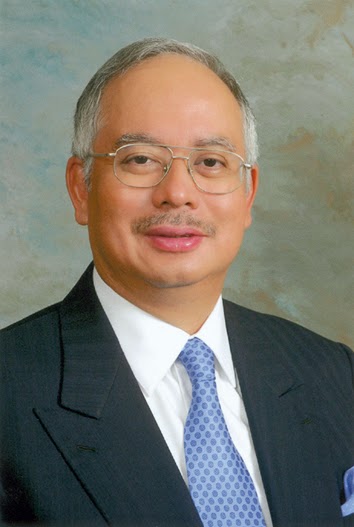 I believe the PMO should assign someone from its huge media handlers team to record such speeches by their boss.

This translation of the speech which was mostly delivered in Bahasa Malaysia was done by Adrian Lai, a young NST political journalist.

13 OCTOBER 2014 @ 10:40 AMI would like to thank MCA president Datuk Seri Liow Tiong Lai and the entire leadership for inviting me once again to officiate the 61st MCA Annual General Meeting (AGM) this year. As mentioned by the president earlier in his speech, I arrived at Wisma MCA today to see the murals that were set up by MCA, which give a picture of MCA's journey from its inception in 1949 until today.