Time to clamp down on social media

And as my blogging captain Rocky wrote, the prime minister had agreed to such a suggestion,

Okay, guess, I need to tone down quite a bit from now onwards.

I have been writing quite a lot on race relation stuff after starting this blog.

If the cyberspace laws were tighten and I continue the way I am, I would probably be arrested and charged in court for I don't know what.

Maybe my old postings such as this will be deemed as inciting racial hatred,

Ten things I don't like about the Malays and Chinese

Errr...ten years jail for that lousy posting, I guess.

That's the most read of all my postings.

Another 10 years jail for that?

Okay, I better not write about such things again.

Can never know whether I had crossed the boundary.

Anyway, I think the police should also crack down on all those cybertroopers who incite hatred against the government by accusing it of victimizing Chinese.

This include those operating from Taiwan, Hong Kong, China, Australia, US, etc.

Do something about those people too, okay.

If police can arrest blogger Papagomo for inciting racial hatred following the Low Yat incident, then they should also arrest those DAP leaders if they repeat their campaign mantra of 13th general election that the Chinese were treated as second, third, fourth or fifth class citizens.

Yes, next time please do that.

And also the authorities must have a full team monitoring the Chinese social media.

Believe me, there are lots of stuff there more seditious and harmful to racial harmony than those in my stupid postings whenever I'm angry with my Chinese mother and ex-boyfriend.

Anyway, I may even close down this blog if things get too difficult to be a social political blogger.

Why bother isn't it?

There I am, rambling about my Cina bukit relatives, then suddenly kena arrested for inciting racial hatred.

As if blogging makes me any richer....sigh.

Or maybe I can just switch this blog into a travel blog.

Get people to sponsor me on trips and I write about it. That would be nice.

I think I better get in touch again with Anis of

Need to learn how to be a travel blogger from the sweet lady. 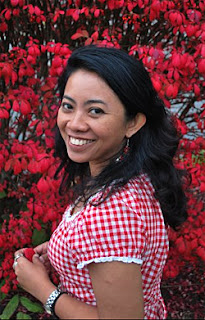 Well, that's just in case social political blogging gets too hazardous in the near future.

So much for freedom of expression, isn't it?