Been getting home from work very late since cutting off my Raya leave.

It's just so busy in the office.

But somehow, I continue to wake up early as I was during the puasa month.

Woke up just now and did the necessary.

Surfed around a bit and discovered that the BIGCAT blog had passed the one million page views mark.

It's nice to notice that the blog which started in September 2011 has been active again of late after being almost dormant after the general election last year.

Hopefully, it will continue to be active.

Meanwhile, the other sopo blogs are mostly focused on the continuing massacre in Gaza, Selangor leadership crisis as well as the Singapore-Malaysia toll and VEP issue.

Here are my brief takes on those issues for today,

Most of my relatives who lives in Singapore do not have a car despite all of them being more well off than myself. They go about their daily life using the island republic's excellent public transport system.

I once asked my aunt whose family income is about three times more than mine but do not have a car how she send my younger cousins to clinic whenever they were not well.

"Call the taxi lor...they'll be here in five minutes," she said.

She and her husband go to work on the MRT. 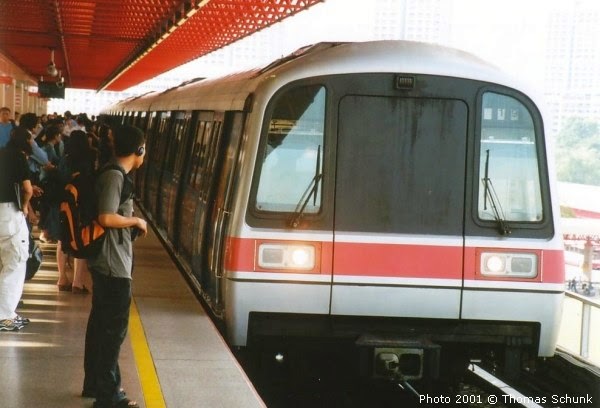 My aunt is still a Malaysian, while her husband had taken up Singapore citizenship.

Owning a car in Singapore, for them is an unnecessary luxury.

So, to me, those who drive around in Singapore are rich people.

I don't think it affects them that much to pay those extra toll and VEP charges whenever they feel like driving across the Causeway.

Similarly, Malaysians who drives in and out of Singapore to work instead of taking the bus are also well off people.

I don't see the reason why the government should use money collected from taxpayers who are mostly not rich like myself to buy the EDL Highway to accommodate those rich people too much.

That deadline is on Friday. Pas and DAP is to decide Khalid's position on Sunday.

It will force Pas in particular to abandon Khalid. Pas can't possibly support a non-Pakatan MB that Khalid will be if he is no longer a PKR member.

That is unless Pas is willing to leave Pakatan which I don't think they really want.

Yes, I know. It's very elaborate.

But then again, DS Anwar Ibrahim who engineers the whole thing is himself an elaborate man. Instead of doing it the easy way of entering the front door, he sometimes choose to enter through the back door.

Okay, I know if it comes from me, some, especially the DAP evangelical Zionist cybertroopers will accuse me of being bias to the Palestinians.

So, I recommend you all to read this article in an Israeli publication,

* By Aug. 4, 408 Palestinian children were reported to have been killed, 31 percent of all civilian casualties. More than 70 percent of the 251 boys and 157 girls killed were 12 or younger.

* UNICEF estimates about 373,000 children have had some kind of direct traumatic experience and require immediate psycho-social support

* Gaza officials say the war has killed 1,867 Palestinians, most of them civilians. Israel says 64 of its soldiers and three civilians have been killed since fighting began on July 8

Well, now they are once again talking about some sort of peace talk.

But I am sure soon they will return and continue what they are doing now as they always had in the past - Kill the Palestinian goyim....men, women and children.