His Royal Highness is expected to decide whether to ask Khalid to resign from his post or dissolve the state assembly for a snap state election to be held.

My bet is that the state assembly will be dissolved.

I think the Sultan will decide that way as he would want to settle the dispute over the MB post once and for all.

Possible reasons for such a decision include:

1. The Sultan wants the people of Selangor to think again who they want to be their government.

3. Sultan Sharafuddin may want to try stopping the DAP evangelists from using Selangor as their base to undermine the status of Islam in the country.

4. The Ruler wants the results of the potential state election to expose DAP as the real puppet masters of Pas and DAP, especially in the state.

5. Sultan Sharafuddin could be unhappy that outsiders from places such as Penang and even Singapore to be in charge in Selangor.

There are of course quite a number of other reasons which may persuade the Sultan to dissolve the assembly but I think I better leave them for you all to ponder.

Honestly, if I am the Sultan, I would just dissolve the assembly simply because the Anwar's gang had been kurang ajar to me over the matter.

Their attempts to pre-empt the Sultan's decision over the past few days was evidence of their greed for power.

PKR Wanita chief Zuraida Kamaruddin had during the party's Wanita congress on Friday, describe any move to dissolve the state assembly as "nonsense and against the constitution".

You can read the story here at Chuah Bee Kim's blog:
Waiting ...

Is she saying that if the Sultan decides to dissolve the state assembly, then His Royal Highness is being nonsensical, and that he doesn't know the constitution of his own state?

Who is this Zuraida anyway to pre-empt a possible decision by the Sultan of Selangor on a very important matter which will have far reaching consequences on His Royal Highness' own state?

This is a bit of Zuraida's background which I took from the Bahasa Melayu Wikipedia:


Yesterday, newly minted PKR vice-president Rafizi Ramli, who is from Terengganu repeated Zuraida's assertions for the state assembly not to be dissolved in his winding-up speech at the closing of the party's 10th national congress.

Rafizi had warned Khalid not to advise the Sultan to dissolve the assembly to pave the way for a state election.

I do wonder why people like Zuraida and Rafizi were so scared of a possible state election. It's not that BN is strong in the State as it only have 12 out of the 56 assembly seats.

Could it be that they think PKR will be punished by the people of Selangor for causing all the unnecessary problems?

Whatever it is, if I am the Sultan, I wouldn't want these type of greedy arrogant people from outside Selangor to have a say in how I want my state to be administer.

Anyway, let's just wait for Sultan Sharafuddin's decision instead of trying to be smart to the point of being kurang ajar to the Ruler like Zuraida and Rafizi.

I believe His Royal Highness will be wise in deciding this matter and that he has nothing but the interests of the Selangor people at heart.

By the way, can someone among the smart PKR people do something about Zuraida's look? 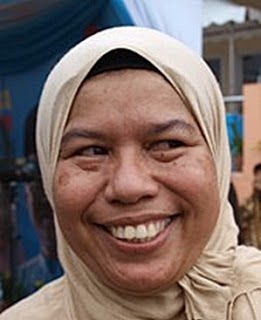 Please make over sikit. Can?

No la, I'm not trying to say that she is ugly or what.

Just that kesian la they make fun of her by photoshop like this, 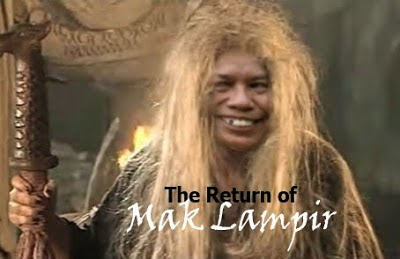