He always behaves like a spoiled daddy's brat, whom he actually is considering that he is what he is now just because his father is DAP supremo Lim Kit Siang. 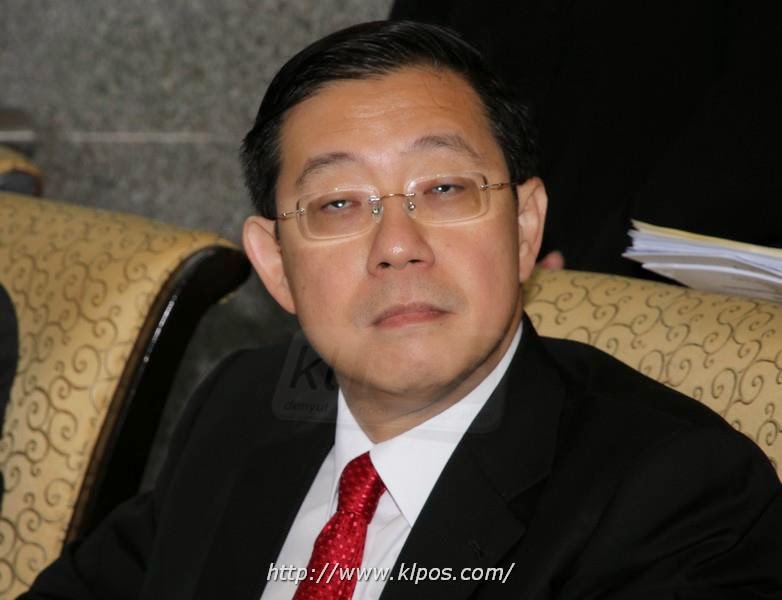 Seriously, it's the only reason why he is at the top of the Chinese dominated party.

If you disagree, please tell me what attributes of Guan Eng which are so outstanding that could had persuaded the party leaders to appoint him as their secretary-general.

Bear in mind that in DAP, there is no direct election of party office bearers. They just voted the CEC members and those elected then decide who among themselves should be this and that at the top.

Nasrudin was actually comparing the Penang government with the one in Selangor led by the embattled TS Abdul Khalid Ibrahim.

Guan Eng was so angry that he threatened to sue Nasrudin, the same way as he did whenever criticized by BN people or pro-establishment media.

He doesn't seems to care that Nasrudin is from DAP's ally Pas.

Well, maybe it's because Pas at the moment is the bad guy in Pakatan, having refused to tow-the-line in the proposed sacking of Khalid.

But seriously Guan Eng, that guy is your ally la.

Like that also want to sue him ka? Talk nicely between friends cannot ka? Just misunderstanding ma. Why you cannot be criticized a bit one? So big headed is it? Eh, you are no longer in kindergarten lar.

You can read the whole story here,

Guan Eng to sue if Nasrudin does not clarify allegation

The following are excerpts of the Rakyat Post report and my comments in red,

1. “It is very clear that Umno’s dirty tactics have been employed in creating these lies against the Penang government, and I will just treat him as an Umno member as he is no different from them as he already sounds like one,” said a visibly upset Lim at a press conference in Komtar here today.
- Hah! Like this also Umno's fault...sigh.

2. “If Nasrudin claims to be a good Muslim who is not a munafik (hypocrite), then he should withdraw his lies and apologise to me within 24 hours.

“Should he fail to do so, he is behaving dishonourably and is no different from Umno, and I will be left with no choice but to treat him like a BN opponent by instructing my lawyers to take legal action for defamation and for spreading blatant slander and lies against me and the  Penang government, ” he added.
- Helen Ang is right. The DAP evangelists know best how one to be "a good Muslim" and not a "munafik".

“I don’t know why he made such baseless claims despite us informing time and again that the project was awarded via open tender.


“Could it be because he wants to bully the Penang Chief Minister just because Lim is a Chinese?”
- Aiya, how to bully Chinese la. They are very powerful these days Datuk. Anyway, why you flashed the race card like that? You from Umno ka?