This just came in via NST SMS Alert

Well, what do you expect the man to say in public anyway....it's after all still a BN state government.

I am sure Najib is aware of the excesses in Johor and doing something about it.

The other day my friend Aisya told me that PM DS Najib Razak will do the necessary to fix the problem of severe excesses in Johor which I had highlighted a number of times in this blog.

She told me to ease off a bit from blogging about my home state as I am beginning to sound like an obsessed nut case going after the crooks there.

Well, apparently the PM is going down there again tomorrow.

He will have a close door briefing with State government officials and buka puasa with them.

Najib had just been there less than a month ago.

Guess Aisya was right, the PM is really going to fix things in Johor as I have always hope.

The weird thing however was that Najib was not scheduled to have an audience with the Sultan of Johor. The same thing happened during his last visit to the state.

Whatever it is, let's wait for the outcome of the visit.

For the mean time, I am just going to relax a bit.

Yup, in Najib I am going to trust. 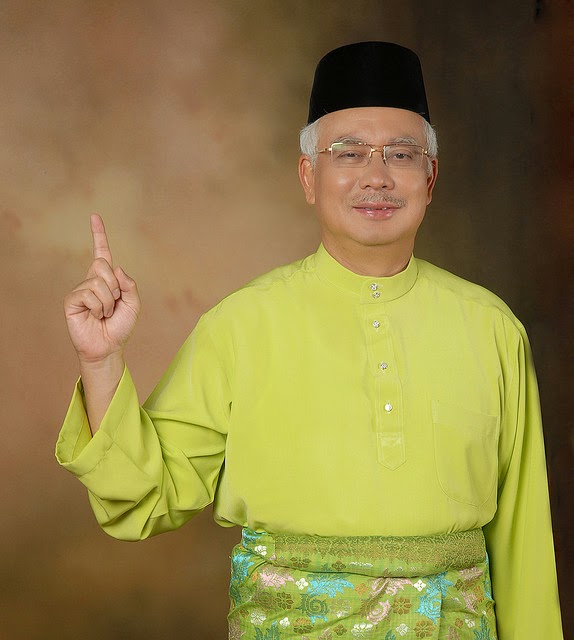 Who knows, he may actually do it.

I am going to stop thinking about Johor and instead cook for buka puasa today.

It's going to be just a simple meal, but better than all those "outside food".

I am tired of buka puasa in restaurants or even worse, buka puasa functions.

Okay, later I am going to cook congee and red snapper head soup.

Well, everyone knows how to cook congee.

It's just like cooking rice but with extra water.

I will also boil some ground nuts and salted eggs to go with it.

The congee will also be nice with a bit of fried anchovies and shallot.

As for the soup, I bought a red snapper head yesterday and had cut it into four pieces.

Going to put water in a pot and boiled it before putting in the cut fish head.

The key ingredient is ginger.

There should also be fried garlic and shallot as well as cinnamon, star anise, cardamom and black pepper.

I am going to put a radish, cut in blocks and celery to go with them.

A bit of salt.

Okay that's about it.

Since I am feeling quite okay at the moment, let's have a bit of nice music,