Japanese love their royalties too

I had a long chit chat session with a Japanese guy after buka puasa last night.

This guy would called me up from time to time and asked me to join him for lunch or dinner. Last night was one of those instances.

Should be noted that this Japanese guy is not extremely handsome. In fact he look a bit like Nobita of the Doreamon fame. 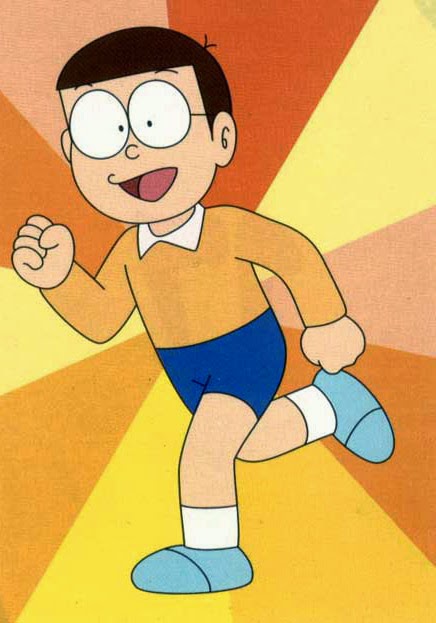 He is also married.

So, no romance of any sort in this case. He just enjoys talking to me occasionally,  and for him, I make the time since he is such a nice guy.

He is actually a keen observer of the country's politics. He finds it fascinating that we Malaysians could be so passionate over issue which doesn't really make sense for a Japanese.

Top of his list were the kalimah Allah and hudud issues.

He more or less said these,

"What is actually the fuss over the Allah thing? In Japan, we all know that Allah is the muslims' God. I think that's the same case in most part of the world. Why do the Christians here want Allah to be their God too?

"Then there's the hudud issue. Are the Pas people really serious about that? Or is it that they want the hudud thing as just a gimmick, so that the Muslims here join their party?"

I tried to explain to him that the whole thing could be summarized as simply as this,

"It's all just political bullshitting. It got nothing really to do with religion. It's just a bunch of politicians trying to make themselves more appealing to the people by pretending that they are God's agents here on earth."

The Japanese guy was mystified by it all.

"That sorts of politicians would not get anywhere in Japan. We will all just laugh at them if they want to pull all that God stuff on us," he said.

"How can you all Malaysians let yourself be conned like that?"

"Actually for most Malaysians, especially the Malays, we enjoy being conned by these politicians. It's some sorts of cheap entertainment for some of us, especially those  who are too lazy to work hard and earn a decent income to afford proper entertainment. Others were just plain stupid. That's all."

"Hmmm, I think you are being mean towards your fellow Malaysians," said the Japanese.

"Well, not really. We Malaysians are indeed willing victims to all sorts of con jobs," I replied.

"Just look at the way we, the Malays in particular love our royalties. We let them and their cronies get away with all sorts of things despite knowing that we shouldn't condone those transgressions by them.

"Imagine your Emperor Akihito telling your Prime Minister Shinzo Abe to give him parcels of land all around Kyoto so that he can sell them as free hold properties to some Chinese companies. What do you think would happened?

"Then, Emperor Akihito set up a real property company and told Abe that he wants to decide all land matters in Japan.

"Errr...I think we, the Japanese people will catch our emperor and prime minister Abe and throw them into the sea if they try to be funny like that," said the Japanese guy with a giggle.

"Well, in Malaysia, we let our royalties and stupid leaders do all such things. That's why I said we either enjoy being conned or we are just plain stupid," I said.

The Japanese guy said in his country, the royal household is still held in high esteem by the public because it represents an important part of the Japanese culture.

"There are those who find it pointless to keep them, but most of us want the royalties to remain as they are symbols of our identity as Japanese," he said.

I believe it should be the same for Malaysians, particularly the Malays.

Anyway, the chit chat session with the Japanese guy was nice. We hanged out at the Japanese restaurant in Sri Hartamas till almost midnight.

I like Japan. Hopefully one day I can visit the country. It's one of those countries which I wish to visit but never get around doing it yet.
Posted by Annie at 11:48